Should You Diagnose Yourself Online? Here’s What Doctors Think

Online symptom checkers are the digital version of the DIY doctor. Plug in what’s ailing you — headache, stomach pains, weird skin rash — and you get a list of what’s (likely) causing the problem.

The key word is ‘likely.’ Depending on which version you use, that list could be spot on, or it could lead you astray — luring you into a false sense of reassurance that nothing is wrong, or sending you into a spiral of anxiety about a serious, and possibly even fatal, condition. None of that is new for web-based data searches. But because health information could literally mean the difference between life and death, does checking symptoms online even make sense for the patient?

Not surprisingly, doctors were initially wary of digital diagnosers and questioned how effective they were. But given that online searches are the default for almost everything people are curious about — from home repairs to recipes and even disturbing medical symptoms — physicians have come around to the idea that their patients will be doing some sleuthing on their own.

“We recognize that knowledge is power,” says Dr. Michael Munger, president of the American Academy of Family Physicians who practices in Overland Park, Kansas. “In many cases information is a good thing as part of the overall collaboration between patients and their physicians and care teams. I think the angst comes in around the fact that some of the resources available on the Internet can be good, and some are not so good.”

Another problem is that the symptoms people enter are often general, vague complaints that could be a sign of a number of conditions that only a doctor is best equipped to investigate further. The most commonly searched symptoms in the WebMD’s checker include bloating, cough, diarrhea, dizziness, fatigue, nausea and headache, according to Ben Greenberg, vice president of mobile products and user experience at WebMD.

When researchers put the leading symptom checkers to the test in a 2015 study, they found that they were about 51% accurate. Dr. Ateev Mehrotra, associate professor of medicine at Harvard Medical School, and his colleagues collected 45 case studies that doctors use to drill medical students and residents on diagnoses, and put them through 23 different online symptom checkers from around the world. Only about half the time did the digital diagnosing tools come up with the correct diagnosis as one of the top three possibilities based on the symptoms people searched. In terms of whether the symptom checkers could correctly advise people on whether they could wait out their complaints because they weren’t serious, or needed to see a doctor or go to the emergency room immediately, they did slightly better, matching the doctors’ advice 57% of the time.

MORE: A New Pill With a Digital Tracker Can Tell Your Doctor If You Swallow It

Even so, Mehrotra isn’t convinced that symptoms checkers are a waste of time. “People should be very cautious in terms of interpreting the results they get from a symptom checker,” he says. “But that doesn’t mean that people shouldn’t use the tools at all. They are better than not getting any input at all, so people just have to use them as one additional piece of information about their health.”

And they are getting better. WebMD, for example, recently re-launched its symptom checker to narrow down the most likely causes of such general health complaints. The site relies on the same algorithm that doctors use in traveling down a symptom decision tree with patients to come up with a diagnosis, but provides the results in a more consumer-friendly way. The site also asks for age and gender in order to further triage medical conditions that are most likely contributing to symptoms. Only the best matches are shown; rarer possibilities and weaker matches are not included. If users type in general symptoms, such as fever or headache, the checker responds that no strong matches are available and encourages the person to input more symptoms to come up with a likely health condition.

The American Academy of Family Physicians provides its own symptom checker, on familydoctor.org, where people can click on general symptoms and answer additional questions to come up with the most likely reason for their health complaints. While the site is not a substitute for seeing a physician, it can help people to decide how urgent their concerns are, and whether they should see a physician immediately or if they can wait a few days. Such homework might also help to reduce the burden of overtreatment in the U.S. health system, by acting as a first-line triage system to keep those who may not need medical attention out of hospitals and doctors offices, and encourage those who need care to seek it right away.

If people use a symptom checker before seeing a doctor, they may already have an idea of what may be wrong with them and can research those conditions in order to have more directed questions ready for their doctor visit.

“I only have five to 10 minutes with patients, so it’s better if they come in well informed,” says Dr. Michael Smith, chief medical editor for WebMD. “The symptom checker is not meant to provide medical advice and not meant to be a substitute for seeing a physician. But hopefully it can make for a more efficient conversation with the doctor.”

Munger says online symptom checkers have changed the conversations he has with his patients, in a good way. People who come in with a list of potential conditions they’re worried about can use their visit to learn more about why their symptoms are more likely to be signs of, say, a simple sore throat rather than strep (which would require a doctor to prescribe antibiotics), or why their suspicious lump is less likely to be something benign and more likely to be something they should check out further.

For people who find the sea of medical information available on the Internet too overwhelming, Munger also has some tips for teasing out reliable information from sketchier sources of data. Testimonials from people are not the gold standard level of data that doctors rely on. Also, sites that include respected and licensed physicians, and base their advice on rigorous scientific studies, are the most valuable resources. 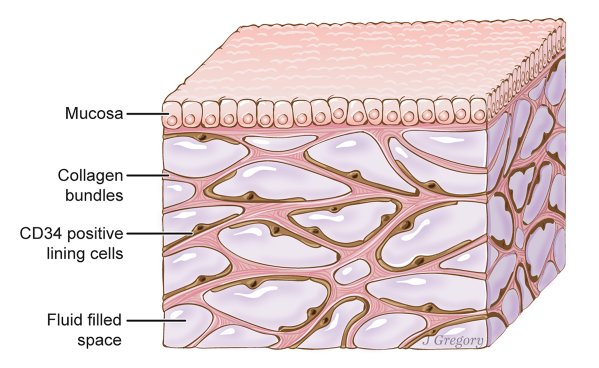 Scientists Discovered a New Organ in the Human Body
Next Up: Editor's Pick