Now that Daniel Day-Lewis has retired from acting, it appears he was finally ready to take on the greatest role of his life: Man with flip phone.

After journalist Karen Han tweeted that she was riding the train with a flip phone-perusing Day-Lewis on Thursday, the Internet immediately began buzzing over the momentous sighting. “Daniel Day-Lewis is on my train and casually just looking at his flip phone,” she wrote, later adding a photo to prove her claims.

Fans of the Phantom Thread actor were quick to offer Han advice on her next move, with some suggesting she attempt to reenact a scene from one of his movies on the New York Subway car. “Can you whisper ‘kiss me my girl before I’m sick’ within earshot?” one fellow Twitter user requested.

Others simply couldn’t get over the fact that Day-Lewis was still using a flip phone in 2018. “My new favorite celebrity couple is Daniel Day-Lewis and his flip phone,” quipped another tweeter. 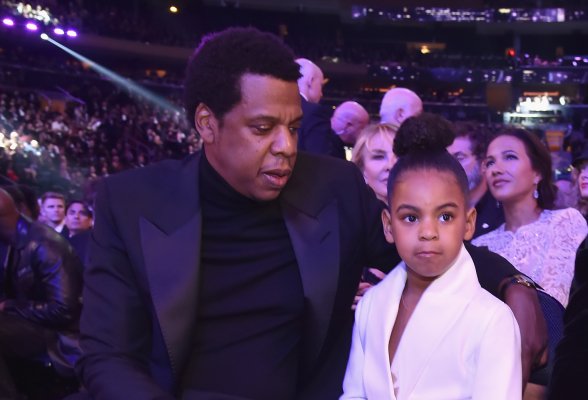 Jay Z Shares the 'Most Beautiful Thing' Blue Ivy Has Ever Said to Him
Next Up: Editor's Pick