Sergei Skripal, the former Russian spy hospitalized last month after a nerve agent attack in Salisbury, a town 90 miles southwest of London, England, is improving rapidly and no longer in critical condition.

Last Thursday, Salisbury District Hospital reported that Yulia Skripal, the 33-year-old daughter of Sergei Skripal, who was found unconscious on a bench alongside her father on March 4, was conscious and talking having “responded well to treatment.”

The hospital confirmed in a second statement, released April 6, that Sergei Skripal is also responding well to treatment, although doctors did not provide any information about when the 66-year-old may be allowed to go home.

Yulia Skripal made her first public comment Thursday, in which she said that her “strength is growing daily” and expressed gratitude to those who came to her aid when she and her father were found unconscious.

“I am sure you appreciate that the entire episode is somewhat disorientating, and I hope that you’ll respect my privacy and that of my family during the period of my convalescence,” she added.

British authorities have blamed Russia for the poisoning, which is thought to have used the chemical nerve agent novichok. Russian diplomats around the world have been expelled from their posts following the attack, including 60 by President Trump.

The full statement from the hospital reads: 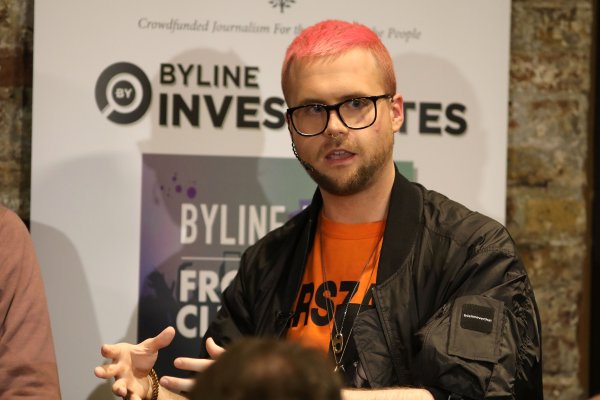 Data Whistleblower Says Predecessor Was Poisoned
Next Up: Editor's Pick