Back on November 12, 2016, Conor McGregor was the undisputed face of the UFC, a global icon who could single-handedly grow mixed martial arts (MMA) to new heights around the world. That Saturday night, the charismatic, if profane, fighter from Ireland captivated a boisterous crowd at New York City’s Madison Square Garden, the site of some of the most legendary prizefights of all-time. He knocked out Eddie Alvarez to claim the lightweight crown.

The bout was signature moment for the UFC. The organization had fought a decades-long battle to end New York State’s ban on MMA, but here it was, finally, on Broadway. And Conor McGregor owned the marquee.

But just 18 short months after McGregor headlined the most important night in UFC history, a crazed McGregor attacked a bus filled with UFC fighters in a New York City loading dock, and was in police custody Thursday evening. He’s been charged with three counts of assault, and one count of criminal mischief. McGregor assaulted the sport that made him millions, while endangering the safety of his fellow fighters.

In what UFC president Dana White called “the most disgusting thing that has ever happened in the history of this company,” on Thursday McGregor and a group of associates stormed a New York City press event for an upcoming UFC fight, and hurled objects at a vehicle that was carrying UFC fighters to a nearby hotel. Several cameras captured the shocking incident: TMZ posted footage showing McGregor throwing a hand truck at a bus, shattering a window.

On Thursday evening, McGregor turned himself into the New York City Police Department; the incident occurred in the loading dock of the Barclays Center, where the UFC 223 fight card is scheduled to take place on Saturday. UFC fighter Michael Chiesa, who is on the card, was taken to the hospital with facial cuts. McGregor and the other men fled the scene before police arrived.

McGregor hadn’t fought in the UFC since that November 2016 fight in New York; last summer Floyd Mayweather beat McGregor in an intensely-hyped boxing match. On Wednesday, UFC president Dana White announced that the winner of Saturday’s fight between Max Holloway and Khabib Nurmagomedov would earn the lightweight championship belt, effectively stripping McGregor of his lightweight title. Early Thursday morning, McGregor tweeted “you’s’ll strip me of nothing,” before directing an highly offensive word towards, it’s reasonable to conclude, UFC officials.

But another incident may have drawn McGregor’s ire. Artem Lobov, a teammate of McGregor’s, was involved in a hotel scuffle earlier this week with Nurmagomedov. White told ESPN that Lobov was part of the crew that attacked the bus. (Lobov was supposed to fight Alex Caceres on Saturday but has been pulled from the event.)

No matter the motivation, McGregor’s antics were frightening, and utterly inexcusable. He could have seriously injured someone, or worse. An ESPN reporter asked White if he still wanted to be in business with McGregor. “Right now, absolutely not,” White responded. “Do you want to be in business with Conor McGregor right now?

A McGregor rep did not respond to a request for comment. November 2016, at Madison Square Garden, now seems so very long ago. 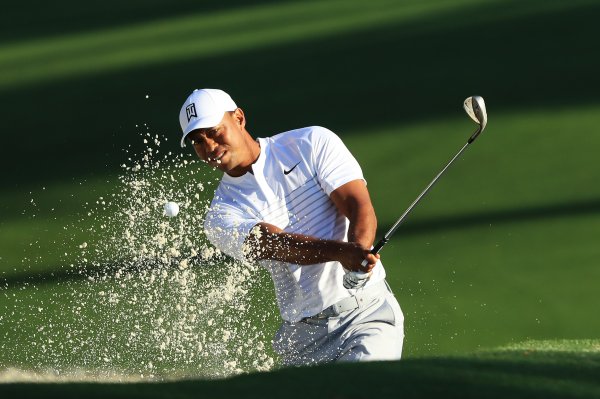 Tiger Woods Fell Short of a Miraculous Masters Comeback. But He Gave Himself a Chance
Next Up: Editor's Pick