In this NOAA handout image, NOAA's GOES East satellite capture of Hurricane Harvey shows the storm's eye as the storm nears landfall on Aug. 25, 2017 in the southeastern coast of Texas.
Handout—Getty Images
By Justin Worland

This year’s hurricane season is shaping to be another big one with a greater than 60% chance of a major hurricane hitting the U.S. coastline, according to a new forecast from top meteorologists.

Researchers at Colorado State University estimate that seven hurricanes and 14 named storms will form during this year’s Atlantic hurricane season with the intensity of the season slightly above the average from recent decades.

An above-average hurricane season this year would follow devastation wrecked by a series of 12 named storms in 2017. More than 100 people died as a result of major storms last year and the events caused an estimated $200 billion in damage, according to figures from the National Oceanic and Atmospheric Administration.

Unusually warm waters in the western tropical Atlantic contributed to the forecast for an above-average season as hurricanes form more easily in warm conditions. Waters in other parts of the Atlantic remained cooler than average.

The forecast comes long before hurricane season officially begins on June 1 and projections will improve as summer approaches. 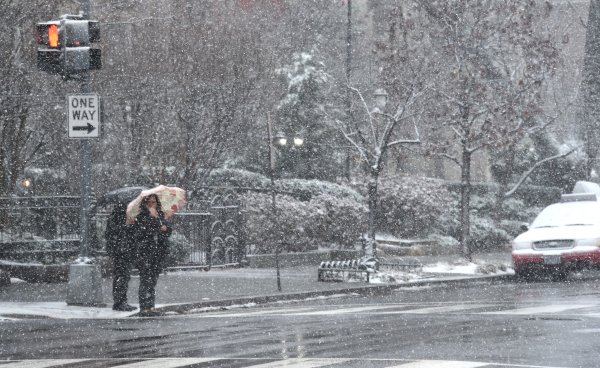