Meg Wolizter Explores Feminism and Friendship in The Female Persuasion

What makes a good feminist? Who is permitted to claim the title? Meg Wolitzer poses these questions and others in her cheerful, sprawling and well-meaning new novel, The Female Persuasion. She doesn’t provide definite answers. Instead, she explores how three young people and a couple of older ones become the individuals they were meant to be.

The most recognizable portrait is that of Faith Frank, a women’s libber and magazine editor–in other words, a Gloria Steinem knockoff. Faith runs a feminist organization, fires up audiences on the college lecture circuit, and strides through the world in sexy knee-high boots. Her first name is also her brand: she gives women permission to have faith in themselves.

One of Faith’s acolytes, Greer Kadetsky, is a lovely, bookish young woman who has a gross encounter with a loutish frat boy during her first week of college. Enraged by the incident, she sets out to make the world a better place for women. The dynamic between mentor, Faith, and mentee, Greer, is the most intriguing one in a book fundamentally concerned with relationships, and with what people owe each other.

The novel also explores the friendship between Greer and her classmate Zee. How Zee empowers Greer, and is in turn betrayed by her, provides Wolitzer with the opportunity to dissect stereotypes about female friendship. Are women cattier and more competitive with their friends than men, or just more willing to delve into the details of who did what to whom, and when?

In this era of call-outs and take-downs, Wolitzer reinforces a more old-fashioned concept: no one is perfect. Greer seethes after her pothead parents don’t fill out her Yale financial-aid form correctly, thus consigning her to non-Ivy exile. But her slacker-ish mother turns out to be reliable and wise when called upon. The feminist paragon Faith has the furthest to fall, and she tumbles off her pedestal in two ways, embracing distasteful compromises and railing against her protégé when Greer calls her out for them.

Sharp observations about status anxiety, social pretensions and upper-middle-class sexual mores are Wolitzer specialities. They offer welcome relief from the novel’s facile politics–eye-catching seashells on long stretches of deserted beach. The novel rambles too much and has too many main characters. As befits a work with female in the title, the male protagonists are secondary. Greer’s boyfriend Cory, whose career falls apart after a family tragedy, and Faith’s benefactor, the fabulously wealthy Emmet Shrader, who is reminiscent of former Steinem paramour Mort Zuckerman, don’t resonate like the women in the book. Millennial Cory is at least more sensitive–more evolved–than baby boomer Emmet. Maybe the author included them as contrasting figures, evidence of a better world to come, but they muddy the story’s focus.

Near the end, in a scene set after President Trump’s election, the current political plight is referred to as “the big terribleness.” But even here Wolitzer eschews stridency; she’s less interested in scoring points than in presenting engaging characters. In that realm, the novel is sporadically successful. The moral of her story is that women owe it to each other, and to the world, to be their best selves. Now there’s a feminist message we can all find persuasive, if far from revolutionary. 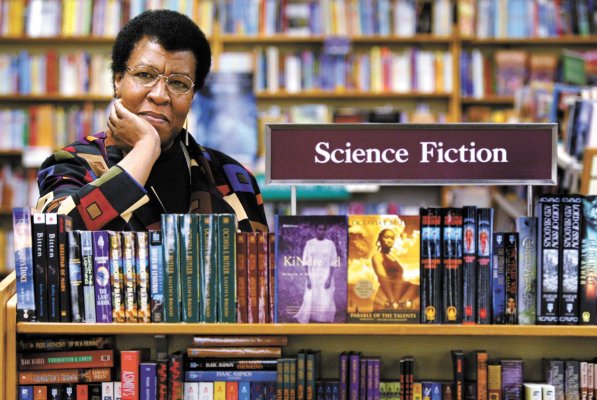 Octavia Butler 101: Two Scholars on the Sci-Fi Genius Who Inspired Janelle Monáe
Next Up: Editor's Pick