The woman who was fired from her job after a viral image of her flipping off President Donald Trump’s motorcade has filed a lawsuit against her former employer.

Juli Briskman’s lawyers argue that the termination breached her First Amendment right to free speech and “violated the basic tenets of Virginia employment law.” She is represented by the Geller Law Group in partnership with the nonpartisan nonprofit Protect Democracy.

Briskman, 50, briefly became a national figure in October after a photo of the cyclist brandishing a middle finger at Trump’s passing motorcade went viral. She then lost her job at Akima LLC, a Virginia-based government contractor, which argued that the photo violated the company’s social media policy.

“I filed this lawsuit against my former employer today because I believe that Americans should not be forced to choose between their principles and their paychecks,” Briskman said in the statement. 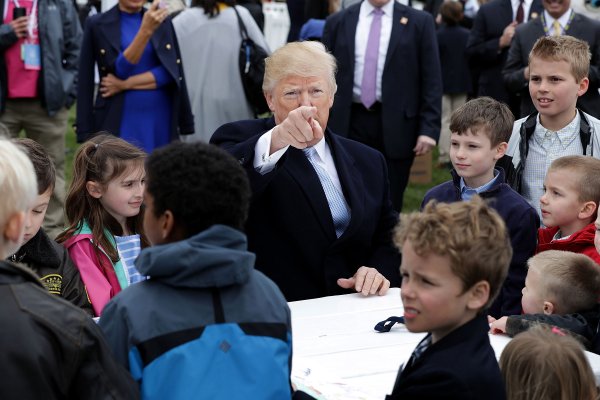 'The Democrats Have Really Let Them Down.' President Trump Brought Politics to the White House Easter Egg Roll
Next Up: Editor's Pick