The Philippines' Most Popular Island Is Shutting Down for Sewage Cleanup

Holiday plans may be foiled, but the Philippines’ government claims it is saving tourists from an even worse fate: swimming in raw sewage.

The country is shuttering the tropical island of Boracay for six months due to its waste treatment problem, Agence France-Presse reports.

A regular feature of holiday destination lists, Boracay is known for its white sand beaches and lively nightlife, but has earned a more dubious reputation lately for raw sewage reportedly being dumped into its pristine waters.

Philippines President Rodrigo Duterte threatened to close the island in February, calling it a “cesspool” and complaining that the water was “smelly.” The suspension was announced Wednesday on Twitter by Duterte’s spokesperson.

Officials said nearly 200 businesses and thousands of local residents are not connected to underground sewer lines, and warned untreated waste was entering the island’s natural waters through its drainage system. In February, the government ordered the closure of 51 businesses and threatened another 300 with fines for violating environmental regulations.

“An iron fist is needed to bring it back to its previous condition, said Philippines’ environment undersecretary Jonas Leones, promising that the tourism suspension would be “a temporary thing.”

But ban has already raised fears among local residents that it will dry up the tourism industry, which employs about 17,000 people on the island. Boracay, one of the Philippines’ top tourism destinations, welcomed 2 million visitors in 2017 and raked in $1.07 billion in revenue, according to government statistics.

Boracay isn’t the only beach taking a breather: Thailand announced in February that Maya Beach would be closed for four months starting in June, in an effort to permit its damaged coral reefs time to mend. 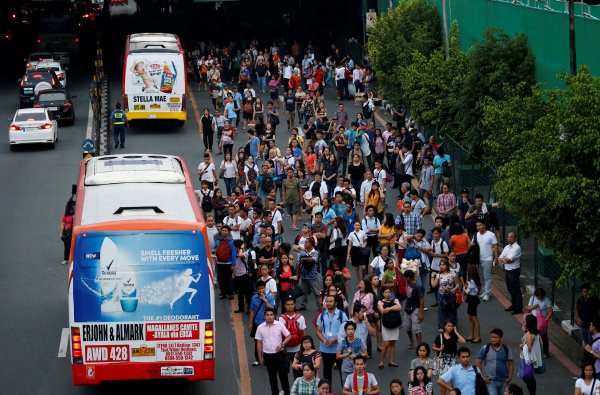