On the same day that Facebook announced that 87 million users may have had their personal data improperly accessed — updated from the “tens of millions” figure the social network previously reported — the company’s founder and CEO Mark Zuckerberg held a rare question-and-answer session with the media Wednesday, admitting that the company made a “huge mistake” by not taking more steps to protect user data and privacy early on.

When asked if he thinks he is still the best person to run Facebook, Zuckerberg said, “Yes, I think life is about learning from the mistakes and figuring out what you need to do to move forward.”

Questions about Zuckerberg’s leadership come after it’s been revealed that Cambridge Analytica might have improperly obtained data from as many as 87 million people, mostly in the United States. The firm had ties to President Donald Trump’s 2016 campaign.

“At the end of the day, this is my responsibility,” Zuckerberg said, when asked if anyone at Facebook had been fired over the Cambridge Analytica scandal. “I still think that I’m going to do the best job running it going forward, but I’m not going to throw anyone else under the bus over the mistakes that we’ve made here.”

During Wednesday’s call with reporters, Zuckerberg said Facebook did not initially take a “broad enough view” of what the company’s responsibility was when it came to protecting user data. “That was a huge mistake,” he said. “It was my mistake.”

When asked if Facebook’s board had discussed whether he should step down, Zuckerberg said, “not that I’m aware of.” Zuckerberg is the board’s chairman.

Next week, Zuckerberg is scheduled to testify before Congress about Facebook’s “use and protection of user data.” 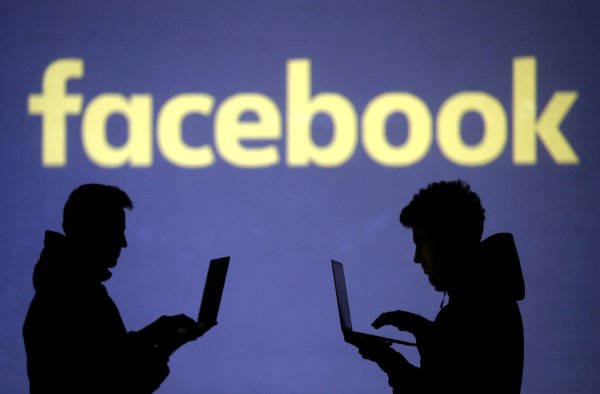