For a long time researchers thought the brain did not make new cells. That meant that as the existing cells died with age, nerve connections were lost and everything from memory to reasoning and language skills started to decline. Then scientists learned that the brain actually did make new nerve cells, specifically in areas associated with memory.

But why do cognitive functions still decline over time? That’s what researchers led by Maura Boldrini, a research scientist in the department of psychiatry at Columbia University, and her colleagues wanted to find out. In a study published in Cell Stem Cell, Boldrini and her team studied the brains of 28 healthy people who had died suddenly of accidents but not long term disease. The people ranged in age from 14 years to 79 years, so the researchers could look at the number of brain cells in different parts of the brain as well as the population of stem cells, which give rise to the brain nerve cells, in people of different ages.

Boldrini found that older people made as many new neurons in parts of the brain responsible for memory as younger people do. But what is different in the aging brain is the reduced blood flow to nourish these cells. That means they are dividing less, and generating fewer new neurons in older brains than in younger ones. In other words, the pool of new brain cells is still there, but it’s not as active in older brains.

The findings suggest that it may be possible to combat some age-related cognitive decline by improving blood flow to the brain, and making sure that tiny capillaries that feed brain nerve cells aren’t compromised. “Exercise could be one thing to maintain the vasculature,” says Boldrini, “and being intellectually engaged also helps.” So far, these factors have helped improve blood flow in the brains of animals, but no strong studies yet establish that they can slow or even reverse age-related brain functions in people. But Boldrini believes those studies are coming, and she also hopes to compare her results to those of people with degenerative brain conditions like Alzheimer’s, to see if the growth of new nerves is affected by those diseases. 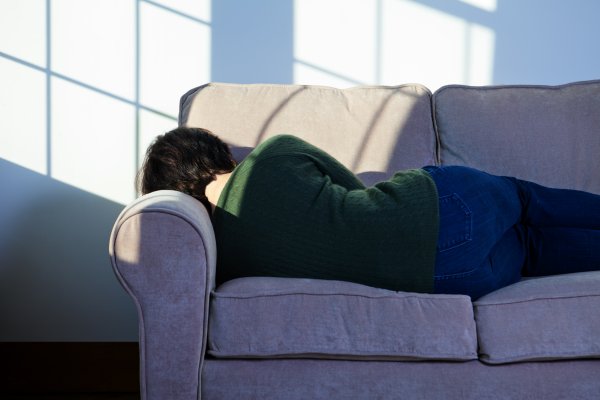 Why You Should Worry if You're Sleepy During the Day
Next Up: Editor's Pick