Review: Fitbit's New Smartwatch Is the Biggest Threat to the Apple Watch Yet

The good: Attractive design, Long battery life, Comprehensive exercise tracking, Wide variety of watch faces
The bad: Bands aren’t easy to change, Can’t reply to text messages from watch on iPhone, Some user interface elements like notifications aren’t as polished as the Apple Watch
Who should buy: Anyone looking for a solid smartwatch and fitness tracker that doesn’t want to splurge on an Apple Watch or an iPhone.

When Fitbit released the Ionic last year, it signaled the company’s first true attempt at a full-featured smartwatch that could compete with the Apple Watch. But the recently announced Versa, which becomes available this month, feels like what Fitbit’s smartwatch should have always been. And more importantly, it’s Fitbit’s biggest threat to Apple yet.

Fitbit is positioning the Versa as a smartwatch for everyone, and it indeed feels like just that: It has a sleek and attractive design that more closely resembles the Apple Watch than a sports watch like the Ionic. The Versa starts at $199.95, whereas Apple’s newest smartwatch costs $329 if you opt for the model without cellular connectivity. The Versa also works nearly the same despite whether or not you own an iPhone or Android device, while Apple’s smartwatch is only compatible with its own line of smartphones. If you’re trying to decide between the Versa and the Apple Watch, keep in mind that they each pose their own benefits and disadvantages: Fitbit’s smartwatch is a more exhaustive fitness companion, while Apple’s is better suited for notifications and communication if you’re an iPhone owner.

There’s a lot that Fitbit got right with the Versa. Most importantly, the watch itself actually looks like something I’d want to wear to places other than the gym. Fitbit is calling the Versa the lightest metal smartwatch available in the U.S., and it comes in rose gold, silver, and black color options. The slightly more expensive $229.95 special edition comes with a woven band and support for Fitbit’s payment service, Fitbit Pay. Like Apple, Fitbit is also selling a variety of bands in different styles, materials, and colors, including Horween leather and stainless steel. The bands certainly are attractive, but I was often reluctant to swap out the strap on my Versa because the process of doing so is somewhat annoying — there’s a tiny pin underneath the watch face that you must push in order to undock the band, but in my experience it didn’t budge very easily. I often stuck with my peach classic band to avoid the hassle.

Review: Apple’s New, Cheaper iPad is Perfect If You Don’t Need the Pro

Although the Versa is a general purpose smartwatch, Fitbit’s nature in being a digital health company puts wellness and fitness data at the forefront. That’s most evident in the watch’s new dashboard, which makes it possible to see statistics that were only previously viewable within Fitbit’s smartphone app. This includes information like your most recent workout, your resting heart rate, calories burned, steps taken this hour, and more. It provides an easy way to see rich fitness data at a glance without having to dig into menus or change your watch face.

When it comes to third-party content, there are more than 550 apps and watch faces to choose from made by companies such as Pandora, Starbucks, Yelp, and The New York Times, among others. That’s far less than what the Apple Watch offers considering it supported thousands of apps even back in 2015. But it’s unclear if that gap even matters to most potential buyers. I typically use my smartwatch for fitness tracking and making sure I’m not missing anything important when my phone isn’t nearby. According to research firm NPD Group, others agree: Notifications and activity tracking emerged as the top two features used by most smartwatch owners in a report published in August.

Fitbit’s selection of apps and watch faces also provides some insight as to why it purchased troubled smartwatch maker Pebble’s assets, which it announced it would acquire in late 2016. The variety of niche clock designs in Fitbit’s store is reminiscent of the styles Pebble’s developer community created for the company’s Kickstarter-funded timepieces years ago. I only wish there was an easier way to filter these clock faces; Fitbit only sorts them by whether or not they’re heavy on statistics, whether they’re digital or analog, or whether they were created by Fitbit. There’s plenty of creativity in Fitbit’s own watch apps, too. Its Fitbit Labs watch faces use movement-based mini games as motivation to meet your goals, such as virtual pets that you must feed by using your steps to generate treats.

I did notice, however, that notifications don’t look quite as polished on the Versa compared to the Apple Watch. Notifications for certain apps on the Apple Watch, like text messages, are more consistent with how they look on the iPhone, which gives them a cleaner appearance. News notifications on Apple’s smartwatch usually include a photo to accompany the story, making Fitbit’s alerts look plain in comparison. My biggest hangup as an iPhone user, though, is that I won’t be able to reply to text messages on my watch, since that feature will only be available for Android when it launches next month. Android phone owners will be able to send up to five custom or pre-populated quick replies from the Versa when receiving a text message. I reply to texts from my Apple Watch far more frequently than I expected, particularly when I’m commuting or have left my phone in another room. I’m not sure it’s a feature I’d be willing to give up to switch to Fitbit.

While Apple may offer neater notifications, a more robust app ecosystem, and watch bands that are easier to change, Fitbit shines in two key areas: Fitness features and battery life. I started wearing the Versa on a Friday afternoon and didn’t have to dock it to its charger until late the following Wednesday. My Apple Watch, meanwhile, lasts for two consecutive days at most.

Apple’s smartwatch has certainly become a more capable fitness tracker in the years since it launched. It now supports all sorts of workouts, ranging from swimming to running to rowing and cycling, and it’s smarter about helping you accomplish your goals. There’s also no shortage of fitness and virtual coaching apps available for the Apple Watch to provide more feedback about your gym session or guide you through a workout routine.

But Fitbit offers a more comprehensive experience that’s natively built into the watch through its Coach app, as long as you’re willing to pay for it. A Premium membership, which costs $7.99 per month or $39.99 per year, lets you choose a program that’s right for you based on your goals and then sends those workouts straight to your wrist. The Get Lean program, for example, includes fat burning moves like running in place and forearm planks, while the Get Moving program is geared more toward those looking to get started with exercise. You can also view a breakdown of the entire workout session that shows each specific move and its time duration. If you don’t sign up for a premium account, you can still use three workouts on your wrist through the Versa, including 10 Minute Abs and the 7 Minute Workout.

The Versa also supports much of the basic tracking found on other Fitbit products, like the ability to automatically detect certain types of exercises and monitor the time you’ve spent in deep, light, and REM sleep during the night. Starting in May, it will also be able to provide female watch owners with a way to log information about their menstrual cycles. But it’s worth noting that unlike the Fitbit Ionic and certain Apple Watch models, there’s no GPS inside the Versa. Instead, the watch uses the GPS in your smartphone.

Fitbit’s third attempt at a smartwatch after the Blaze and Ionic finally feels like the one that could be a hit. The Versa’s long battery life, reasonable price, and attractive design make it a particularly compelling option for anyone in the market for a smartwatch. The Versa isn’t perfect, and Apple still succeeds over Fitbit in certain areas, particularly around user interface design, communication features, and ease of use when swapping bands. But those setbacks aside, the Versa is the first Fitbit smartwatch I’ve actually been excited to wear. 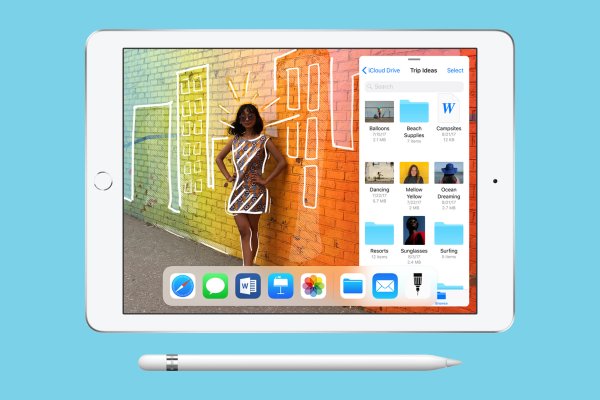 Review: How Apple's Cheap New iPad Compares to the iPad Pro
Next Up: Editor's Pick