What to Know About Suspected YouTube Shooter Nasim Aghdam

One person died and three were injured in a shooting reported Tuesday at YouTube’s headquarters in San Bruno, Calif.

Law enforcement officials identified the suspected shooter as 39-year-old Nasim Aghdam of San Diego, who was found dead at the scene, apparently of a self-inflicted gunshot wound.

YouTube employees posted on social media Tuesday afternoon that they heard shots and saw people running. San Bruno police said they saw employees fleeing the headquarters upon arriving to the area and found one gunshot victim toward the front of the building. Two other shooting victims were found in adjacent businesses. Four victims were transported to local hospitals, police said, including Aghdam and a 36-year-old man who was in critical condition. One of those people, who did not suffer a gunshot wound, was treated for an ankle injury.

Here’s what to know about suspected YouTube shooter Nasim Aghdam.

Aghdam, a 39-year-old Southern California resident, worked for her father’s electrical company and at one time operated a business called Peace Thunder, NBC News reports. She was listed on Facebook as an artist, NBC adds.

Aghdam, who was found dead by law enforcement officials Tuesday, wore glasses and a scarf and carried a “big huge pistol,” according to a YouTube employee who witnessed the incident from a second-floor window.

San Bruno police said they found Aghdam, who died of what appeared to be a self-inflicted gunshot wound, at 12:53 p.m. in a courtyard area inside the YouTube complex.

Little is known about her motive, according to law enforcement officials. San Bruno police said there is no evidence that the shooter was previously acquainted with any of the victims.

What do we know about Aghdam?

Aghdam was an animal rights activist, according to the Associated Press, who participated in a 2009 protest with the People for the Ethical Treatment of Animals (PETA) in Oceanside, Calif.

She was also a prolific YouTube user, posting videos on a range of topics from multiple accounts, according to a report by NBC’s Bay Area Investigative Unit. In a video posted in January, Aghdam alleged that the company “discriminated and filtered” her videos to reduce their number of views; she also published rants attacking the company on her personal website. A photo posted on her Facebook page last February also shows her standing on a street corner with a sign that reads “YouTube Dictatorship” and “Hidden policy: Promote stupidity discrimination, suppression of truth,” NBC News reports.

Aghdam’s father, Ismail Aghdam, said that he told police earlier this week that Nasim was “angry” at YouTube and “hated” the company. Aghdam had reported his daughter missing on Monday, and early Tuesday morning was informed that she had been found sleeping in her car in Mountain View, about an hour from YouTube’s San Bruno headquarters. Ismail said he warned the police that she might be headed toward YouTube.

How rare are female shooters?

The majority of shootings are perpetrated by men, according to a 2014 FBI study of 160 “active shooter incidents” that took place in the U.S. between 2000 and 2013. Women were the shooters in just six of the incidents studied, according to the FBI. 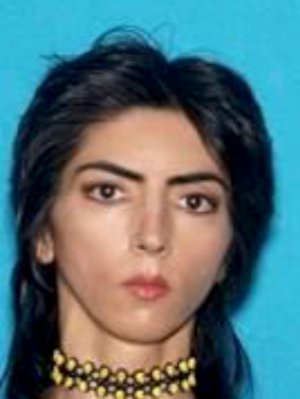 Shooter Was Upset at YouTube
Next Up: Editor's Pick