What Happens When You Reimagine the Difficult Conversation About Guns

We spend a lot of time talking about guns. We have arguments, protests, declarations, and slogans about what kind of weapons can be sold and to whom. But the one thing we rarely have when it comes to firearms is a real conversation, and not just with members of our own tribe, but with people whose ideas don’t align with ours. That is perhaps why the country is so stuck when it comes to reducing gun violence.

In an effort to shake up that dynamic, TIME partnered with Advance Local, which operates 10 local media outlets across the country, to create an event designed to foster civil yet honest dialogue between people whose backgrounds and beliefs have led them to opposing views on this issue. This was no one-hour town hall: Advance Local brought 21 citizens to Washington DC for a two-day intensive workshop on the weekend of the March For Our Lives protests. They were teachers and gun-rights advocates, hunters and police officers, mothers and fathers who hailed from New Jersey to Alabama to Portland.

Facilitators Parisa Parsa and John Sarrouf of Essential Partners asked participants a question that seems simple, but is crafted to inspire empathy and connection: “Tell me a story that will help me understand why you believe what you believe about guns.” You’ll see their compelling and often heartbreaking responses to that question and each other’s stories in this video.

The Washington, DC workshop is the start of a Dialogue Journalism project created by Spaceship Media, which aims to dig more deeply into ways the media can to help people do the hard work of democracy. The next step of the project is a month-long moderated online discussion of 150 people beginning this week. As Michelle Holmes, Vice President of Content at Alabama Media Group and the project’s director explains, the goal is to map out some common territory in a nation riven by profound divides. It’s time, she says, to ask ourselves: “How can we break through the shouting and the noise?” “How can we hear one another’s hearts speaking?”

This project is a partnership of Advance Local, TIME, Spaceship Media, the Newseum, Essential Partners and Reveal from the Center for Investigative Reporting. 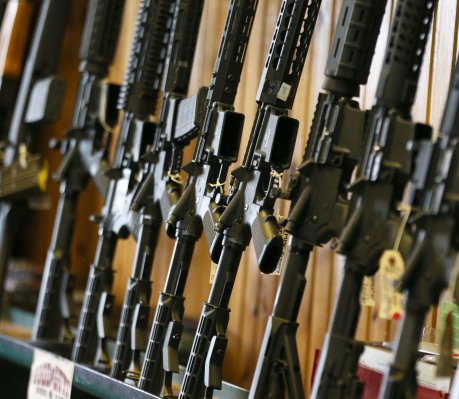