I Was a Bad Student Who Became an Astronaut. Let’s Stop Telling People They Can’t Be Good at Science

Ideas
By Scott Kelly
Kelly is an engineer, a former U.S. Navy captain, former military fighter pilot and test pilot, and a retired astronaut; Kelly has also commanded the International Space Station and set the record for consecutive days in space by an American.

Since I’ve returned from spending a year in space, I’ve been traveling the world sharing my experiences. I’ve been surprised by one of the things I’ve heard from audiences: that they believe science is too difficult, too complex for a normal person to comprehend. Apparently, over one-third of the world thinks I’m a genius, because according to the 3M State of Science Index, 36% of people around the globe think you need to be a genius in order to have a career in science. I’m here to tell you that’s not true.

As a kid, I was distracted and uninterested in science (and pretty much all other subjects as well). I earned terrible grades and barely graduated from high school. Only as a college student did I find the motivation to work hard to turn things around and earn an engineering degree, which led to a career as a test pilot and astronaut.

But that belief — that science is a mysterious endeavor beyond the grasp of all but the most genetically gifted among us — may be keeping thousands of students from pursuing careers in science, technology, engineering and mathematics.

And that’s too bad. Because there’s a place in those fields for anyone open to exploring their passion, and willing to put the work in.

Despite having hard-working parents and a twin brother (fellow astronaut, Mark Kelly) who made plenty of A’s, I spent most of my time in school looking out the window and daydreaming. I couldn’t seem to focus on what the teachers were saying, and even though I wanted to do something great with my life, I started to accept the fact that I would never be able to achieve what I hoped.

That all changed, quite by accident, when I picked up and read The Right Stuff, Tom Wolfe’s classic account of the lives of the trailblazing Americans who first explored space. Inspired at last, I decided I wanted to be a Navy pilot landing planes on aircraft carriers — maybe even an astronaut. To do that, I discovered you needed to get a technical degree. And that meant doing well in math and science classes. So starting that day, I made up my mind to do well in math and science.

After so many years of daydreaming, it wouldn’t be easy. But I started thinking about it like a sport. The more I practiced my study skills, the better I got and the more I learned. Eventually, it became a competition with myself to see how good I could get. No one was more surprised than me when a former bad student started getting straight A’s in engineering. I discovered that anyone who wants to can learn this stuff — they just have to be willing to do the work.

And that raises the question: What can we do to motivate today’s daydreamers?

There’s no magic formula. But I think we can find some clues in the 3M State of Science Index. It’s interesting: while many survey respondents are intimidated by science, 92% of parents want their kids to know more about science.

That tells me that many of us — parents, teachers, friends, family — need to stop furthering the myth that math and science are just too hard. I never want to hear anyone say to my daughters “I’m not a math person” or “my brain doesn’t think that way,” because I believe these messages can reinforce the idea that you have to be born to be a math and science person. And that’s just not true. I know from experience that it’s not about genetics. It’s about finding an interest and putting in the hard work.

If a kid shows a spark in anything, we need to help stoke that fire. When a student reaches a hard concept in math or science, we should model perseverance by helping them break down the challenge into smaller steps. Parents should take the time to re-learn the basics, so homework isn’t a mystery to either parent or kid. I’d love to see parents take their kids to science museums, engineering museums and science fairs. They’ll have fun — and they’ll learn that science and engineering are all about making stuff that makes life better.

If you’re a student who has been told there are “science people” or maybe that “you’re not from a family of science people,” I beg you to ignore these comments. It’s likely that you just haven’t found what interests you. It could also be that the topic is not being explained in a way that resonates with you. My advice? Take a look at what interests you outside of school. Do you find yourself building things? Are you interested in nature and the ecosystem? Do you enjoy reading about the latest graphics in video games? That will give you clues into what areas — engineering, biology, coding — that you might be interested in. Then talk to people in those fields like professors or professionals. (Parents are very helpful in helping to make those connections.) Hear their stories about their career path for guidance and inspiration.

Hard? Maybe. But anything worth having is worth pursuing.

Take it from me, a former daydreamer. 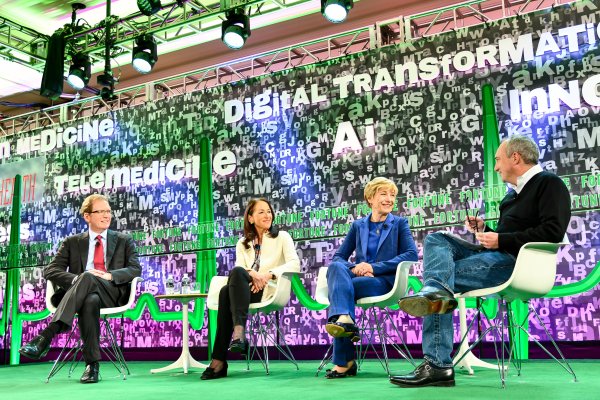