President Trump Attacked Amazon Again. But He Got This Basic Fact Wrong

In a tweet sent Tuesday morning, Trump argued that the Post Office was giving the online retail giant a sweetheart deal — a claim he has made before that is also wrong — before adding that these supposed costs are “bourne [sic] by the American Taxpayer.”

“Amazon should pay these costs (plus) and not have them bourne by the American Taxpayer,” he wrote.

But the U.S. Postal Service is not run like a typical government agency. In fact, it “receives NO tax dollars for operating expenses” as it notes on its own website, instead relying on the sale of “postage, products and services to fund its operations.”

The Postal Service is making money off package delivery for shippers like Amazon, while much of the money it is losing is due to a 2006 law which requires that it pre-fund future retirees’ health benefits, among other things.

Trump has repeatedly attacked Amazon and its owner, Jeff Bezos, who also owns the Washington Post, often conflating the two. (The Post’s editor says Bezos plays no role in its news coverage, and the two companies are separate.)

Some conservatives have argued that the Postal Service benefits from tax dollars in other ways. For example, it does not pay local property tax, unlike a private shipper like UPS, and it can borrow money from the U.S. Treasury at lower-than-typical rates.

But any losses from doing business with Amazon would not be taxpayer-covered, and the Postal Service is not currently losing money on package delivery anyway. 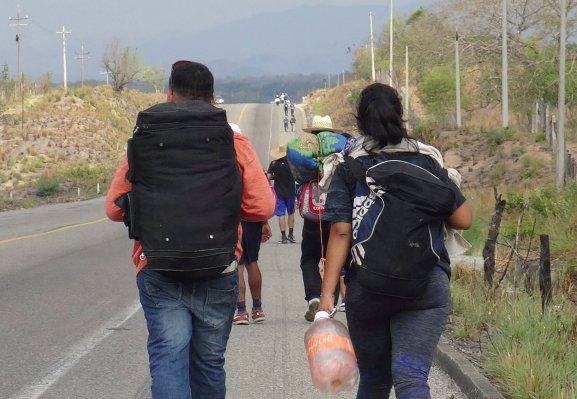 The Facts About President Trump's Claim There's a 'Caravan of Immigrants' Trying to 'Take Advantage of DACA'
Next Up: Editor's Pick