Millions of people have tuned in for Swedish physician and statistician Hans Rosling’s TED Talks over the years, and the videos caught the attention of at least one famous fan: Bill Gates. Gates and his wife Melinda went on to befriend Rosling, who gained his global audience with insights on how data can help lead to better outcomes in global poverty and health.

Rosling died in February, 2017, but he leaves behind the new book Factfulness: Ten Reasons We’re Wrong About the World — and Why Things Are Better Than You Think, coauthored with his son, Ola Rosling, and daughter-in-law, Anna Rosling Rönnlund. Gates has called the book “one of the most important” he’s ever read, and one of his two favorites of this year so far. TIME caught up with Gates to talk about what makes the book — and Rosling — so special.

TIME: You’ve called Hans Rosling’s Factfulness “one of the most important books I’ve ever read.” What makes it so significant?

Gates: Hans believed the world was making remarkable progress, and he wanted everyone to know about it. Factfulness is his final effort to help people identify areas where things are getting better and spread that improvement. It explains more clearly than almost anything else I’ve read why it’s so difficult for people to perceive progress. He offers clear, actionable advice for how to overcome our innate biases and see the world more factfully. This is one of the most educational books I’ve ever read, and I think everyone can benefit from Hans’ insights.

If the world really is improving at a faster rate than people think, why does it matter whether people have incorrect notions about it?

It’s easier to accelerate progress if you know how far we’ve already come. If you don’t believe the world has improved, you’re more likely to look at a tragedy and think nothing can be done. But someone who knows how much progress is possible can look at a bad situation and say, “How can we make this better?”

Hans liked to call himself a “possibilist,” which is a perfect way to describe this worldview. He believed that things could get better, not that they will get better. A possibilist like Hans doesn’t wait for improvement — he looks for the areas where progress is happening and finds way to duplicate it in other places.

Rosling details ten instincts that distort our perspective on the world — like an instinct toward negativity, or one toward fear. Which of the 10 do you find most concerning for our future and why?

I’m worried about the blame instinct, although not for the obvious reasons. When something happens, it’s human nature to look for the person responsible. Everyone knows the problem with creating scapegoats. But our instinct to turn people into heroes can also be a barrier to progress.

With a few exceptions, things don’t get better because of heroes. There were heroes 1,000 years ago, and the world was awful. Modernity is a miracle of systems. Jonas Salk was an amazing scientist, but he isn’t the only reason we’re on the doorstep of eradicating polio — it’s also thanks to the coordinated vaccination effort by health workers, NGOs, and governments. We miss the progress that’s happening right in front of us when we look for heroes instead of systems. If you want to improve something, look for ways to build better systems.

What fact in this book especially surprised you?

The framework that Hans uses to describe the world was a revelation for me. He categorizes people by four income levels and emphasizes the commonalities that exist on each one. For example, people tend to buy shoes and bikes when they double their income from $2 a day to $4 a day, whether they live on the outskirts of Kinshasa or a remote village in Bangladesh. Organizing populations by how they live — rather than where they live — is a much more precise way to talk about the world. (I included an explanation of these levels in my Gates Notes review of Factfulness.)

Hans Rosling passed away last year, before this book could come out. What was your relationship with him and how did he influence your worldview?

Melinda and I learned who Hans was the same way most people did: through his extraordinary TED talks. We eventually came to know him as a friend and a trusted advisor, who could keep us laughing over dinner and offer wisdom about our foundation’s strategy in equal measure. I’ve always admired how he managed to balance substance with entertainment. Hans knew he had to (literally) swallow some swords to keep people interested in his message, and I try to keep that in mind whenever I prepare to talk about our foundation’s work.

What is your hope for this book as a part of Rosling’s legacy?

Hans was always known for being a data guy, but he was so much more than that. At the end of Factfulness, Hans says most of what he knows about the world came “not from studying data … but spending time with other people.” He had an incredibly deep understanding of humanity and a knack for storytelling that went beyond his explanations of numbers. My hope is that this book inspires people to approach the world with as much curiosity and openness as Hans did. 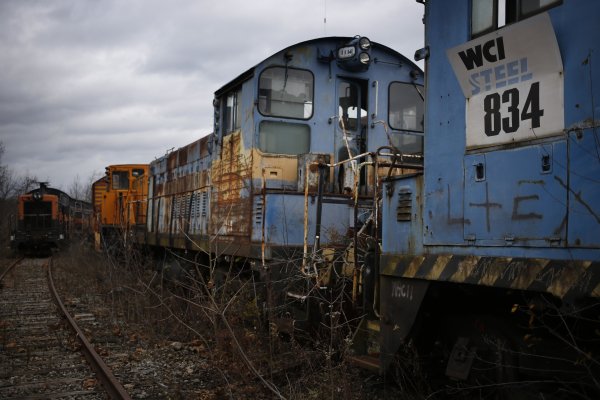 Our Collective Ignorance About the Rust Belt Is Getting Dangerous
Next Up: Editor's Pick