There’s no denying that Will Smith has a certain star quality about him, but his charm apparently doesn’t work on everyone. In a video he shared on YouTube on Thursday, the Fresh Prince can be seen crashing and burning on a date in the Cayman Islands with none other than Sophia the Robot.

After attempting to flirt with Hanson Robotics’ state of the art artificial intelligence creation by cracking a joke about the type of music robots like and not-so-subtly bringing up his ’80s hip-hop career, Smith readied himself to lean in for a kiss. “Sophia, can I be honest with you?” he asked. “I don’t know if it’s the island air or the humidity, but you’re just so easy to talk you. You got a clear head…literally.”

But as he went for the smooch, Sophia was quick to shut him down. “I think we can be friends,” she interjected. “Let’s hang out and get to know each other for a little while.”

Smith was clearly disappointed. However, considering he’s still married to his wife of 20 years, Jada Pinkett Smith, Sophia definitely made the right choice. 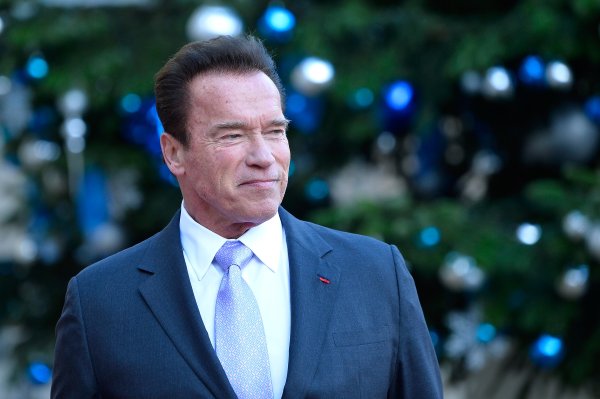 Arnold Schwarzenegger's First Words After Waking Up From Heart Surgery: 'I'm Back'
Next Up: Editor's Pick