Arnold Schwarzenegger's First Words After Waking Up From Heart Surgery: 'I'm Back'

Arnold Schwarzenegger’s first words after waking up from heart surgery: “I’m back.”

The 70-year-old Hollywood superstar and former governor of California went to Cedars-Sinai hospital in Los Angeles on Thursday for a pulmonic valve replacement, a spokesperson said in a statement. Originally replaced in a 1997 heart surgery, the valve had “outlived its life expectancy” and had to be replaced again, according to the statement.

The statement contradicts an earlier report from TMZ suggesting that Schwarzenegger had undergone emergency open heart surgery during the replacement procedure.

Schwarzenegger’s spokesperson said an open-heart surgery team was prepared in the event the replacement was not able to be performed. According to the statement, the valve was replaced successfully and Schwarzenegger is in stable condition. Upon waking up, Schwarzenegger recalled his iconic turn in Terminator by saying, “I’m back.”

Schwarzenegger, the star of other notable films, including Predator and Twins, opened up about his 1997 heart surgery after breaking his ribs in a 2001 motorcycle crash, to say going under the knife was not as bad as the fractures.

“It was very painful, much more painful than the heart surgery,” he said. “A rib breaking is, like, the worst.” 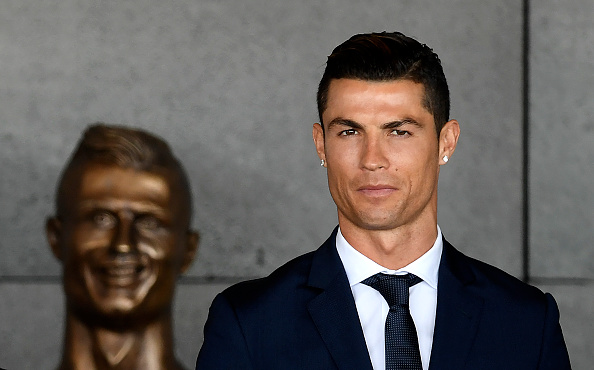 The Artist Behind That Widely Ridiculed Cristiano Ronaldo Sculpture Got a Do-Over
Next Up: Editor's Pick