When reports emerged that Cameron Diaz quit acting at age 45, the internet had a meltdown. Fans were upset, people posted long Twitter threads lamenting “why,” and a few did point out that Diaz hasn’t starred in a movie since 2014’s Annie. Those Diaz enthusiasts breathed a collective sigh of relief when the originator of the rumor—Selma Blair, of all people—backpedaled her comment. But it turns out she was right the first time, and Diaz clarified it herself.

In an interview with Entertainment Weekly alongside Blair and Christina Applegate, Diaz began talking about doing a sequel to The Sweetest Thing, and that’s when she dropped the news.

“I’m totally down. I’m semi-retired, too, and I am actually retired, so I would love to see you ladies,” Diaz said.

She isn’t the only one though. Applegate also addressed her absence from the spotlight.

“I’m literally doing nothing, too! I’m semi-retired, I haven’t worked for years,” Applegate said. “I’m a mom, that’s what we do. So I’m around, man.”

Word of Diaz quitting first emerged from Blair in an interview.

“I had lunch with Cameron the other day. We were reminiscing about the film [The Sweetest Thing]. I would have liked to do a sequel, but Cameron’s retired from acting,” Blair said. “She’s like, ‘I’m done.’”

“I mean, she doesn’t need to make any more films,” she added. “She has a pretty great life; I don’t know what it would take to bring her back. She’s happy”

Ultimately, Blair changed her tune and called it a joke, but even though Diaz’s statement is also jokey and lighthearted, it does give clarity. 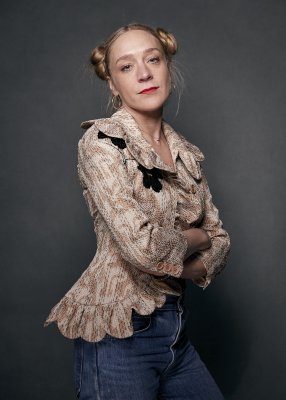 Chloë Sevigny on Her New Movie Lean on Pete and Crying at the Movies
Next Up: Editor's Pick