The world’s first confirmed case of multi-drug-resistant gonorrhea has been reported in the U.K., according to public health officials.

Health experts have expressed concern for some time about the rise of drug-resistant strains of the sexually transmitted infection (STI). Still, even as gonorrhea strains begin to evade certain antibiotics, doctors have usually been able to treat the disease using some combination of commonly used medications — until now.

The U.K. patient — a heterosexual man who reported one regular female sexual partner in the U.K., and one in Southeast Asia about a month before symptom onset — has the world’s first confirmed case of gonorrhea that is resistant to both drugs commonly used to treat it, according to a case report from the U.K.’s public health department. His disease did respond to either azithromycin, an antibiotic frequently used against gonorrhea, or ceftriaxone, which the World Health Organization (WHO) calls the “current last-resort treatment.” He was also treated with the antibiotic spectinomycin, the report adds.

“This report is one more confirmation of our greatest fear: drug-resistant gonorrhea spreading around the globe,” David Harvey, executive director of the National Coalition of STD Directors, told CNN.

The patient, who first sought medical care in early 2018, is being treated with an intravenous course of ertapenem, a powerful antibiotic typically used, at least in the U.S., for “serious infections in hospitalized patients,” according to the National Institutes of Health. The results of his next test are expected in mid-April.

Gonorrhea is one of the world’s most common STIs, affecting 78 million people globally each year, according to the WHO. The disease — complications from which can cause pelvic inflammatory disease, ectopic pregnancy, infertility and an increased risk of HIV infections — is also common in the U.S. A September report from the Centers for Disease Control and Prevention estimated that 470,000 Americans were diagnosed with gonorrhea in 2016 alone — making the prospect of untreatable strains all the more concerning. 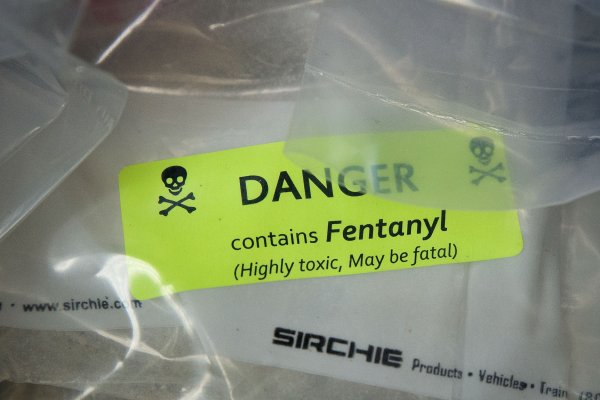 Drug Overdose Death Rates in the U.S. Are Rising
Next Up: Editor's Pick