Review: Apple's New, Cheaper iPad Is Perfect If You Don't Need the Pro

The good: Apple Pencil support, Affordable price, Good performance
The bad: Screen isn’t as nice as the iPad Pro’s, Fingerprint sensor sometimes feels slow
Who it’s for: Those who want an affordable tablet for entertainment or have been interested in the Apple Pencil but aren’t willing to splurge on the iPad Pro.

If the iPad Pro is the computer Apple hopes will replace your laptop, its newest iPad is for everything else.

On March 27, Apple unveiled a new iPad at an education-focused event held at a high school in Chicago. During the event, Apple pitched the iPad as a tool for students, showcasing new digital tools for teachers and educational augmented reality apps. But you’d be remiss for thinking it’s just for the classroom: Apple’s new tablet is an upgraded version of the $329 9.7-inch iPad it sells alongside the iPad Pro and iPad mini.

The biggest difference between this new iPad and its 9.7-inch predecessor is the addition of Apple Pencil support; the company’s stylus tool was previously only usable with Apple’s more expensive iPad Pro tablets. The updated iPad also includes a faster A10 chipset, which is the same processor that powers the iPhone 7 and iPhone 7 Plus, whereas the last model used an older A9.

Since the new $329 iPad is now compatible with the Apple Pencil, you may be left wondering what makes it different from the $649 iPad Pro of a similar size. Visually, the most obvious discrepancies between the two tablets are the sizes of their screens: The new cheaper iPad has a 9.7-inch display, whereas the Pro has a slightly larger 10.5-inch screen with a thinner border. And while the new 9.7-inch iPad works with the Apple Pencil, it does not support Apple’s Smart Keyboard — to type on a physical keyboard using the new iPad, you’ll need to purchase a third-party Bluetooth keyboard.

The other differences are in the details. The iPad Pro has a faster A10X Fusion processor and a more advanced display that can show a wider range of colors; it also includes Apple’s TrueTone technology, which adjusts the screen’s color temperature based on the surrounding lighting. The more expensive iPad Pro also has sharper cameras than the new 9.7-inch iPad and can shoot 4K video. There are only two speakers on the 9.7-inch iPad, while the Pro has four.

Read more: Why Classrooms Are Apple, Microsoft, and Google’s Next Big Battleground

How much those differences actually matter in daily use is debatable, and will depend on what you intend to do with your iPad. After using the new iPad alongside the 10.5-inch Pro for two days, the biggest difference I noticed was in the screen. The iPad Pro’s TrueTone technology gives off a look that’s generally warmer and is sometimes easier on the eyes when reading, sometimes making the 9.7-inch iPad’s screen look washed out in comparison. The iPad Pro offers more contrast that’s noticeable when looking at backgrounds that are dark or white, probably thanks in part to its wider color gamut. That’s not to say the 9.7-inch iPad’s screen is poor; it just looks noticeably different than the iPad Pro’s by comparison in certain scenarios. Those who intend to use their iPad for basic tasks like playing mobile games, reading, and watching Netflix probably won’t mind this trade-off. That being said, the Pro is significantly louder than the non-Pro version because of its extra speakers, which can be important if you frequently listen to music or watch movies on your iPad without headphones.

On a device like the iPad, one could argue that the front-facing camera is more important than the main camera, considering you’re more likely to use a tablet for video chatting than taking photos. That’s why I was apprehensive when I discovered the new iPad would only have a 1.2-megapixel selfie camera, which sounded like it would be a significant step down from the iPad Pro’s 7-megapixel camera. Self-portraits taken on the new iPad had more grain than those shot on the iPad Pro, but that was only truly noticeable when zooming in on the picture.

Read more: The 3 Biggest Things Apple May Be About to Announce

You may not be snapping photos with your iPad very often, but Apple has made it clear that the camera on its new tablet will have another important job: Powering augmented reality apps. During its presentation, Apple demonstrated how education-oriented augmented reality apps could be used on the iPad to closely examine works of art or digitally dissect a frog. Although the iPad Pro has a better camera and a more advanced processor, I didn’t notice any difference in performance when using augmented reality apps on the iPad Pro versus the new 9.7-inch iPad. On both tablets, apps like LEGO AR Studios and WWF Free Rivers (which provides a three-dimensional landscape for learning about the environment) looked just about identical. The iPad Pro may sometimes feel a bit snappier when switching between apps and home screens, but there weren’t any noticeable performance dips. The only somewhat noticeable difference in performance was in the new iPad’s home button, which sometimes felt a bit sluggish compared to the Pro’s since it uses Apple’s older technology.

Overall, Apple’s newest iPad is worth considering if you don’t want to splurge on the iPad Pro and simply want a decent tablet for reading, browsing the web, checking emails, and streaming video. One of the biggest sacrifices you would have made by opting for the standard model over the Pro no longer exists now that Apple has added support for the Apple Pencil. Yes, there are little compromises here and there: The screen isn’t as nice as that of the iPad Pro, the speakers aren’t as loud, and you’ll have to settle for a Bluetooth keyboard if you’re planning to get any work done. But for all of the most common reasons you may want an iPad, Apple’s new model checks all the right boxes. 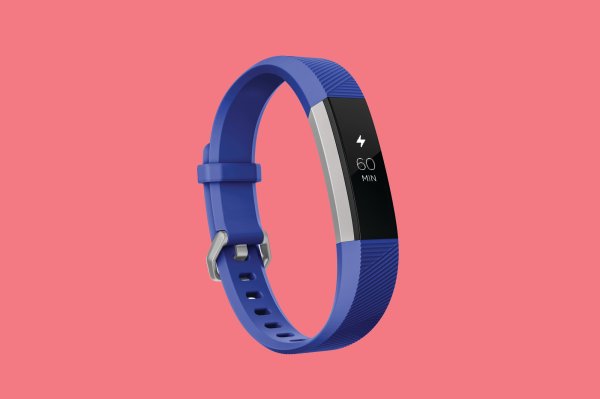 Fitbit's Newest Fitness Tracker Is Just for Kids
Next Up: Editor's Pick