Yulia Skripal the daughter of former Russian Spy Sergei Skripal, is seen on a photo taken from her Facebook account.
Yulia Skripal/Facebook/AP
By Laignee Barron

Yulia Skripal is conscious and talking nearly one month after a nerve agent attack hospitalized her and her father, the former Russian spy Sergei Skripal.

The hospital treating the case said Ms. Skripal is no longer in critical condition and is recovering rapidly, the BBC reports.

British authorities have blamed the poisoning on Russia, which they say was attempting an assassination on the former double agent. The lethal nerve agent identified in the attack, Novichok is believed to be a military-grade chemical developed by Russia.

Sergei Skripal remains in a critical but stable condition. Detective Sergeant Nick Bailey, a police officer who fell ill after responding to the attack, was released from the hospital last week.

The Skripals were found unconscious on a shopping center park bench in Salisbury, a small city about 90 miles southwest of London, on March 4.

Forensic tests have revealed that the Skripals came into contact with the nerve agent at the former spy’s home, with the highest concentrations detected on the front door, BBC reports.

The attack has dealt a serious blow to relations between the West and Russia, with Britain and dozens of its allies expelling more than 100 Russian spies and diplomats in a coordinated response. In retaliation, Russia announced it will expel 60 U.S. diplomats and close the American consulate in St. Petersburg. 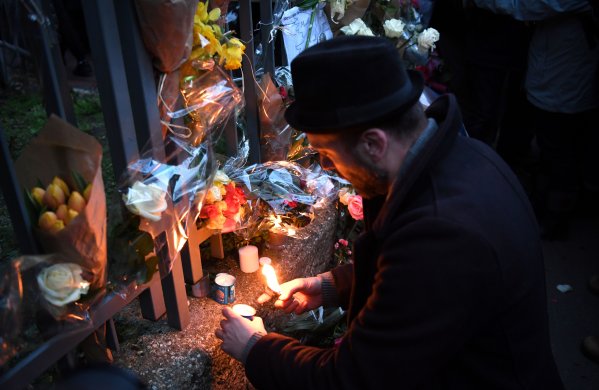 Woman's Murder Reawakens Fears of Anti-Semitism in France
Next Up: Editor's Pick