Immigration and Customs Enforcement will no longer automatically release pregnant immigrants from detention, marking the latest effect of President Donald Trump’s efforts to crack down on undocumented immigrants.

The new policy was outlined in an internal ICE memo, and reported Thursday by The Daily Beast. It replaces a previous policy, put in place under former President Barack Obama, which said ICE would not detain pregnant women except in “extraordinary circumstances.”

But after Trump issued an executive order in January 2017 that required immigration officers to target all undocumented immigrants, the agency decided to change the way it dealt with pregnant women.

Pregnant immigrants will still be eligible for release on a case-by-case basis, according to an FAQ published on ICE’s website. The agency said it will detain pregnant women “whose detention is necessary to effectuate removal, as well as those deemed a flight risk or danger to the community.” It also said it will not detain pregnant women during their third trimester “absent extraordinary circumstances.”

Immigrants’ rights advocates have said it is dangerous to women and their unborn children to hold them in custody. “This new ICE policy memo confirms our fears that the government is continuing its barbaric policy of detaining pregnant women despite substantial evidence that detention of this particularly vulnerable population has been linked to serious health implications to the mother and unborn child and also constitutes a significant barrier to receiving a meaningful day in court,” Katie Shepherd, a legal advocate at the American Immigration Council, told The Daily Beast. 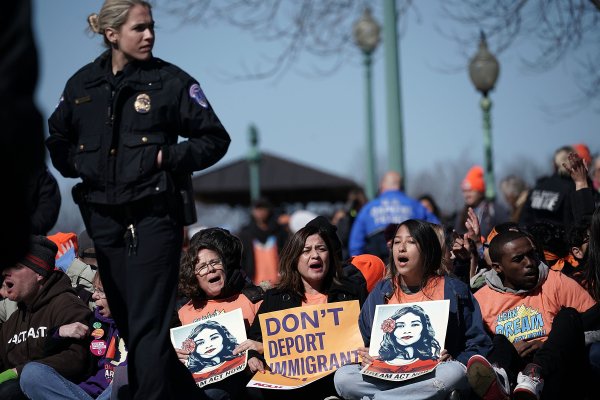 This Video Campaign Helps Immigrants Know Their Rights
Next Up: Editor's Pick