Prince Philip, the Duke of Edinburgh, died on Friday, nearly four years after officially retiring from public duties in August 2017. He was 99.

He had been married to Queen Elizabeth II for more than 70 years, since the two wed at Westminster Abbey on Nov. 20, 1947. To outsiders, it looked as if they had the perfect romance, between their fairy tale wedding—the first British royal wedding to be broadcast live—and their shared love for the Rodgers and Hammerstein musical Oklahoma! (especially the song “People Will Say We’re in Love”).

On the occasion of their 50th anniversary in 1997, the Queen noted in a speech that he had been an often-hidden force in keeping her steady at the helm for half a century:

But royal insiders knew that the marriage wasn’t quite as easy to keep up as some might have thought. That side of the story has more recently been depicted on the hit Netflix series The Crown. In the fictional show’s first season, the actor Matt Smith depicts the royal as struggling to play second fiddle to his more high-profile wife after she becomes the Queen of England. TIME’s Oct. 21, 1957, cover story on Prince Philip also noted that Elizabeth’s family scoffed at his less well-off upbringing—though it was actually a boon to the family from a public relations perspective because he was seen as the more relatable one.

In 2016, in light of the show’s debut, TIME explained what to know about how their marriage began: “Philip met Elizabeth, his third cousin, when they were children. From the time she was 13, she was besotted…She never fell for another man, though he had other relationships while she grew into adulthood. As suggested in the first episode of The Crown, Elizabeth’s family did not approve of the match.”

When the show returned for its second season, TIME took a deeper look at one of the tensest times in their relationship — and how perhaps their marriage was stronger than the show suggested: 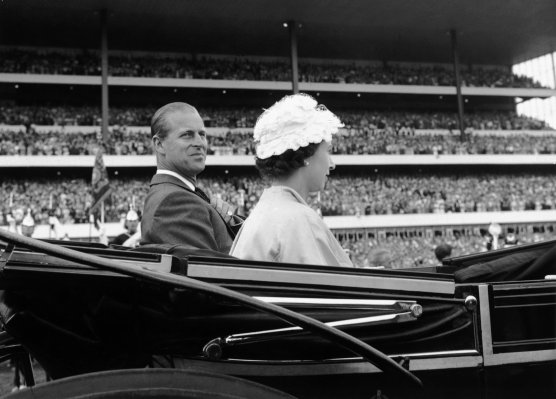