The two laughed as they entered the Pentagon for their first official meeting, setting a contrast to recent speculation that they may not work well together in the Trump Administration.

“Ambassador Bolton, so good to see you. Thanks for coming and it’s good to finally meet you. I heard that you’re actually the devil incarnate and I wanted to meet you,” Mattis said.

A former ambassador to the United Nations known for a bombastic style, Bolton replaces H.R. McMaster, a three-star general who had increasingly clashed with Trump.

Mattis, a retired Marine general who advocates for diplomacy and strengthening ties with NATO, has sought to dispel speculation that he would clash with Bolton, a hawk who has called for action against North Korea and Iran.

“No reservations, no concerns at all,” he said at a press conference Tuesday. “Last time I checked he’s an American. I can work with an American, OK? So I’m not the least bit concerned with that sort of thing.” 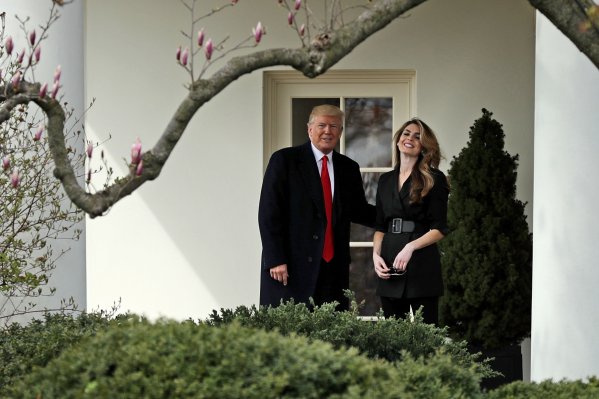 See the Moment Hope Hicks Said Goodbye to President Trump at the White House
Next Up: Editor's Pick