Even Ben Affleck is admitting that his much maligned, very large and very colorful back tattoo is somewhat “garish.”

The actor’s gigantic, post-divorce tattoo of a phoenix has captured the fascination (and in some cases, the horror) of not only two of his exes, but the collective Internet, who recently discovered that the ink is, in fact, real, despite the fact that Affleck claimed it was a fake one for a role.

The renewed interest in Affleck’s back tattoo inspired an New Yorker think piece titled “The Great Sadness of Ben Affleck,” in which writer Naomi Fry posits that Affleck’s notorious ink is a larger metaphor for not a crisis that he might be going through, but a shift in attitudes towards red-blooded American masculinity.

As it turns out, in addition to being a tattoo enthusiast and an actor, Affleck is also a New Yorker reader, who happened to read Fry’s piece. He took to Twitter on Thursday to tell the New Yorker that despite their assumption that he was sad, he was “doing just fine.” He also acknowledged that his notorious ink is “garish.” 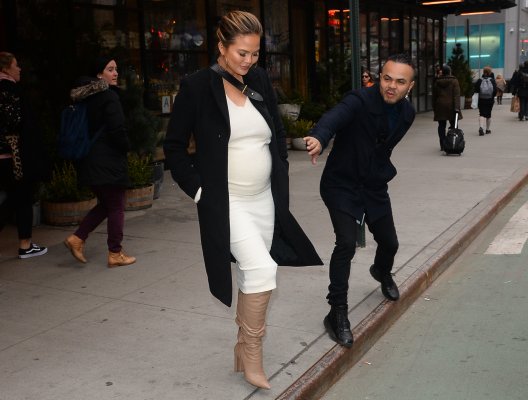 Chrissy Teigen Admits a Stranger Saved Her from a Cyclist
Next Up: Editor's Pick