Michelle Bell’s 2004 study linking short-term exposure to air pollution to increased risk of death was a breakthrough. Previous research had shown how the pollutant ozone damages human health, but Bell’s was the first to show persuasively how damaging even a short exposure can be to the respiratory and cardiovascular systems.

What made Bell’s study possible — and distinguished it from previous research — was the ability to analyze huge amounts of health data from people in 95 urban areas across the country. “We need this data to do the research and we need the research to make the most effective decisions,” she says.

Since publication, the work has been cited more than 1,000 times and, a decade later, informed the Clean Power Plan, a central Obama-era regulation aimed at fighting climate change.

But a study’s like Bell’s could soon disappear from the toolbox of policymakers at the Environmental Protection Agency if Scott Pruitt, the agency’s top official, follows through on a plan to require more public disclosure of data used for research. Pruitt, who made his remarks in an interview with the conservative outlet The Daily Caller last week, says that data used in research that informs EPA policy should be available for the public to review.

“We need to make sure their data and methodology are published as part of the record,” Pruitt told The Daily Caller. “Otherwise, it’s not transparent. It’s not objectively measured, and that’s important.”

But scientists say that policy would actually end up stymying essential research. Environmental and public health researchers rely on health and medical data from subjects who were promised privacy in exchange for details about their health histories. Those large data sets are often kept confidential and can be viewed only by a select set of researchers on a given project.

Surrendering the ability to access that data would mean that the EPA would lose vital information used to craft regulations aimed at protecting human health. The EPA has used health data like Bell’s study to protect Americans from everything from air pollution to the chemicals found in household products.

The details of Pruitt’s proposed policy on undisclosed data — called “secret science” by some Republicans —remain unclear. An EPA spokesperson referred a request for information to The Daily Caller.

But past conservative efforts to reform how the EPA uses science offers hints about about what the policy might entail. For years, a group of Republicans on Capitol Hill, led by House Science Committee Chair Lamar Smith, have sought to restrict science that relies on data unavailable to the public. The House passed legislation in 2015 that would have required that the science used to justify EPA regulations be “publicly available online in a manner that is sufficient for independent analysis and substantial reproduction of research results.”

The bill died in the Senate, but transparency remains a favorite cause for many conservatives who argue the EPA has overreached with regulation in recent years. In an interview with TIME last fall, Pruitt cited transparency as a central reason the agency wants to review EPA climate regulations. “The American people deserve an open transparent honest discussion about this issue,” he said.

The effects of a transparency rule would likely extend far beyond climate change to public health concerns that affect Americans here and now. “It could be honestly be anything the EPA does: pesticides, any potential fracking regulation, any other movement on air regulations,” says Yogin Kothari, a Washington representative at the Union of Concerned Scientists.

Scientists who work in environmental and public health say they will continue their work as they watch what Pruitt does, but the dismissal of their work from the federal government is disheartening.

“This leaves me and many of my colleagues puzzled about what to do,” says Jonathan Levy, a professor of environmental health at Boston University. “How you can genuinely affect public health and decision-making if the decision makers do not wish to use science?” 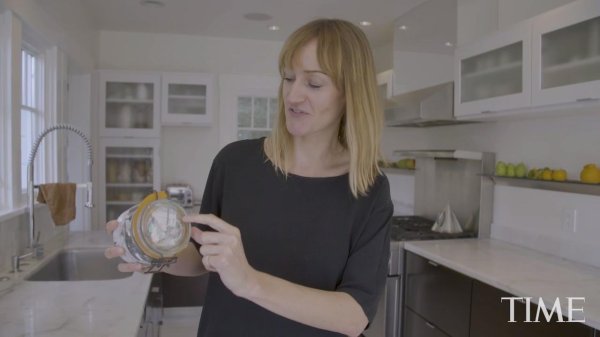 How to Live Zero Waste
Next Up: Editor's Pick