Officials say 68 people are dead after a riot and fire erupted Wednesday night at a Venezuelan jail, the BBC reports.

The blaze at the Valencia city police station’s lockup was reportedly sparked by prisoners setting mattresses alight in a jailbreak attempt. Many are believed to have asphyxiated due to smoke inhalation.

He said four attorneys have been assigned to investigate the incident.

Families are demanding answers and justice amid one of the worst prison catastrophes to hit the nation, where penitentiary conditions have frequently been decried by human rights activists.

Outside the station, officers in riot gear used tear gas to disperse a crowd of angry relatives gathered to see if their loved ones had survived. Videos showed men and women frantically running away as helmeted police wielded batons. A scuffle broke out between a group of women demanding information and officers creating a blockade in front of the facility.

“I don’t know if my son is dead or alive!” Aida Parra told the Associated Press, adding that she last saw her son when she delivered him food one day earlier. “They haven’t told me anything.”

Families were seen weeping, clinging to each other and falling to their knees in prayer as injured and burned bodies were removed from the jail cells on stretchers. Some relatives fainted. Authorities did not provide a death toll until late into the evening.

Paramedics help a woman who fainted outside the lockup where a fire occurred in Valencia, Venezuela on March 28, 2018.
Carlos Garcia Rawlins—Reuters

State official Jesus Santander confirmed to the BBC that the fire was extinguished and said a police officer had been shot in the leg but was in a stable condition.

In a statement, he said that the cause of the fire would be determined, and promised “comprehensive social assistance” to the victims’ families.

Notoriously overcrowded and lawless, Venezuela’s prisons sporadically experience deadly clashes between inmates and officers. Drugs, weapons and gangs are reportedly pervasive behind bars. More than 6,6oo people died in Venezuela’s prisons between 1999 and 2015, according to Human Rights Watch. The group also said the country’s deteriorating facilities averaged about 210% overcrowding.

Read more: Inside the Hell of Venezuelan Police Prisons

Police station lockups, like the one in Valencia, are especially plagued by overcrowding, allegedly due to prolonged preliminary detention periods amid trial backlogs.

“It’s grave and alarming,” Carlos Nieto Palma, director of prison watchdog Window to Freedom, told AP of the penitentiary conditions. “What happened today in Carabobo [state] is a sign of that.” 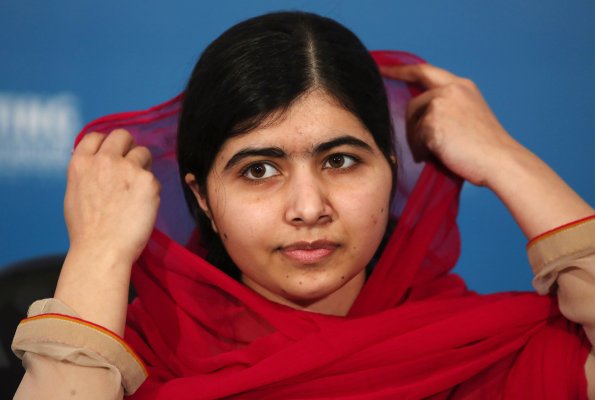 Malala Yousafzai Returns to Pakistan 6 Years After Attack
Next Up: Editor's Pick