“Certainly a terrible incident,” Sanders said Wednesday, when asked about Clark’s death and the recent decision not to bring criminal charges against the police officers who fatally shot Alton Sterling in Baton Rouge, Louisiana in July 2016.

“This is something that is a local matter and something that we feel should be left up to the local authorities at this point in time,” Sanders said.

Clark was shot at 20 times by Sacramento police officers while he was in his grandparent’s backyard. Police said they thought Clark was armed, but he was found with only a cell phone. Hundreds of protesters — including Clark’s brother — rallied at Sacramento City Hall on Tuesday, calling for justice for Clark.

Trump has repeatedly said that police officers deserve more respect, and he has been critical of protesters calling for an end to police brutality and racial injustice.

“Certainly we want to make sure that all law enforcement is carrying out the letter of the law,” Sanders said Wednesday, when pressed for follow up. “The President’s very supportive of law enforcement, but at the same time in these specific cases, in these specific instances, those would be left up to local authorities to make that determination — and not something for the federal government to weigh into.”

By comparison, Trump has repeatedly weighed in on the 2015 shooting death of Kate Steinle in San Francisco, which became a flash point in the national immigration debate. Jose Ines Garcia Zarate, an undocumented immigrant who was accused of killing her, was acquitted of murder in December, but was found guilty of illegal gun possession.

Steinle died on July 1, 2015. Two days later, Trump tweeted about her death, sending “heartfelt condolences” to her family. He later demanded that President Obama call her family and blamed her death on the immigration policies of the Obama Administration.

Trump also took to Twitter in December to criticize the jury’s verdict in the case.

“A disgraceful verdict in the Kate Steinle case! No wonder the people of our Country are so angry with Illegal Immigration,” he tweeted, later adding: “His exoneration is a complete travesty of justice. BUILD THE WALL!”

Trump has not tweeted about Clark’s death. 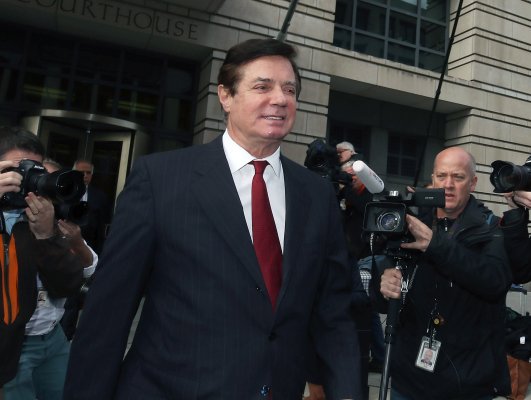 White House: No Pardon Talk
Next Up: Editor's Pick