Lean on Pete Has Too Much Horse Heartbreak to Bear

Movies serve so many functions that it’s futile to count them: They’re entertainment, catharsis, portals to feelings we didn’t know we had. But what do you do with a film that’s so emotionally excruciating that you can barely get through it—particularly when that film is beautifully acted and has been made with extreme care? To turn away from its fixation on misery also means shutting yourself off from artistry and craftsmanship. But how much suffering is too much?

In the case of Andrew Haigh’s Lean on Pete, that’s a decision every filmgoer will have to make individually. Set largely in the bleaker corners of the Pacific Northwest, the movie tells the story of Charley—played by the extraordinary newcomer Charlie Plummer—a lost 15-year-old kid who finds a connection with a winding-down quarter horse named Lean on Pete, or Pete for short. Charley has been raised, more or less, by his affable but only semi-responsible dad, Ray (Travis Fimmel); his mother is nowhere in the picture, and though he used to go to a school he liked, where he was on the football team, a job change for his dad has meant a move to a much less hospitable environment. By chance, Charley meets the irascible Del, played by a supremely craggy Steve Buscemi—with his whiskery grimace and unending litany of complaints, he’s like a live-action Poopdeck Pappy. Del is a two-bit race-horse owner with a reputation for running his horses into the ground and then quickly selling them off. But he also shows Charley a degree of kindness. And Pete, one of Del’s horses, a noble if tired-looking creature with ears that flick in response to his name, becomes the only creature Charley feels he can count on as his already fragile support system begins to erode.

Haigh is the Yorkshire-born director behind the quietly observant dramas 45 Years and Weekend, and he brings the same granular acuity to Lean on Pete. Even in its most weatherbeaten moments, the film—based on a book by Portland, Oregon-based songwriter, novelist and musician Willy Vlautin—is gorgeous to look: One desert-night shot in particular, a simple composition whose chief features are a squat tree silhouette and a carpet of stars, is so sublime it feels like a benediction. (The cinematographer is Magnus Nordenhof Jønck.) The sturdy supporting performances include Chloë Sevigny’s turn as a jaded jockey—it’s she who warns Charley, more than once, that Del’s horses, not to be thought of as pets, are “here to race and nothing else.” And Plummer, who also recently appeared as John Paul Getty III in Ridley Scott’s mournful true-life kidnap drama All the Money in the World, is one of the movies’ great new faces: In Lean on Pete‘s early scenes, his expression is all early springtime, a world of promise with nothing breaking through. But when he first sees Pete run, marveling at even this imperfect creature’s speed and grace, his radiance skips spring and leaps right into summer. If Plummer knows exactly what he’s doing, the effort is invisible: His unstudied grace is the movie’s greatest gift.

But what about the fate of Pete, poor Pete? Google the film’s title and the question you may or may not be asking yourself pops up automatically, in urgent lower-case letters, no question mark needed: “lean on pete does the horse die.” Those who avoid spoilers at all costs won’t want to know the answer. But anybody who loves animals, particularly horses, is probably better off facing the truth: Pete makes it through only about three-quarters of the movie, and his death is abrupt and upsetting. Knowing this in advance won’t make the movie any less punishing: Between the indignities suffered by Pete and the steady trickle of misfortunes that befall perceptive, open-hearted Charley, Lean on Pete is a workout. Haigh’s filmmaking skills are aces. But even in the handling of the most downbeat material, there are ways to ease the tension so the audience doesn’t feel beaten up. Haigh, perhaps driven by some misguided sense of narrative purity, refuses to loosen the screws, and it’s almost too much to bear. If you make it through Lean on Pete, you’ll feel weariness in your bones afterward. The ache may not be worth it. 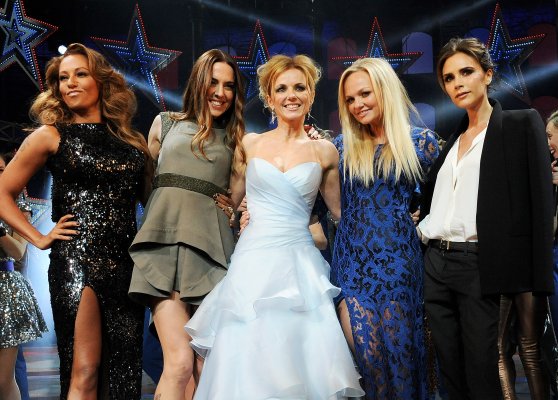 The Spice Girls Reunion Project Is Not What You Expected
Next Up: Editor's Pick