A Marjory Stoneman Douglas High School student has a message for those saying peers should have done more to befriend Nikolas Cruz, the former student charged with murdering 17 people at the school last month: It’s not that simple.

In a New York Times op-ed published Wednesday, senior Isabelle Robinson argues that people who think the shooting could have been prevented if people were nicer to the gunman beforehand are demeaning the victims.

“I am writing this because of the disturbing number of comments I’ve read that go something like this: Maybe if Mr. Cruz’s classmates and peers had been a little nicer to him, the shooting at Stoneman Douglas would never have occurred,” she says. “The idea that we are to blame, even implicitly, for the murders of our friends and teachers is a slap in the face to all Stoneman Douglas victims and survivors.”

In the piece, Robinson recalls an incident five years ago, when Cruz — at that time a stranger — allegedly threw an apple at her back in the school cafeteria. A year later, Robinson writes, she was assigned to tutor Cruz through the school’s peer counseling program, a duty she took in stride despite significant discomfort.

That experience, and others gained in her time as a peer counselor and teaching assistant, taught Robinson about the “benefits of reaching out to those who need kindness most” — but friendliness isn’t a cure for everything, she writes.

“Students should not be expected to cure the ills of our genuinely troubled classmates, or even our friends, because we first and foremost go to school to learn,” Robinson writes. “The implication that Mr. Cruz’s mental health problems could have been solved if only he had been loved more by his fellow students is both a gross misunderstanding of how these diseases work and a dangerous suggestion that puts children on the front line.”

Still, that belief is common: 86% of students said bullying causes students to turn to lethal violence in schools, according to National Voices for Equality, Education and Enlightenment. But while many school shooters are bullied, a one-size-fits-all profile of school shooters does not exist, according to an FBI report, and to shoehorn these individuals into one oversimplifies the issue.

Jeff Temple, a psychologist in the department of obstetrics and gynecology at the University of Texas Medical Branch, told TIME after the Parkland shooting that while it’s important for kids to reach out to classmates who may need a friend, “if we start identifying people as potential mass shooters, they’re going to feel even more marginalized, stigmatized, traumatized.”

Temple adds that it’s not students’ jobs to stop a shooting, and that, if anything, the focus should be on getting help for peers who may need it. “I think it’s okay, if you’re a kid, to go to a teacher and say, ‘Hey, I’m worried about John,” Temple said. 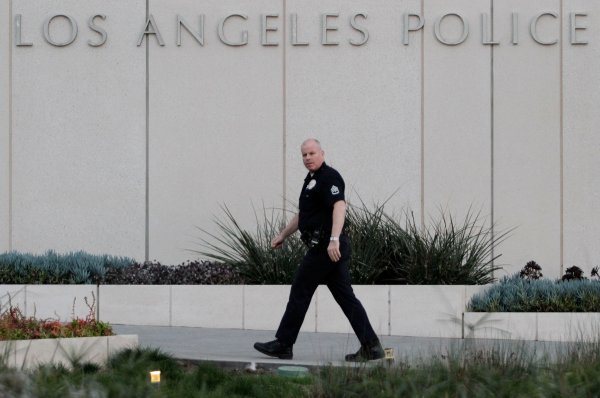 Police Think Remains in Shallow Grave Are Missing Actress
Next Up: Editor's Pick