The new royal baby may be less than a few hours old, but he has already made history. The latest addition to the family of Prince William and Catherine, Duchess of Cambridge, who was born Monday just hours after Kate Middleton was admitted to the Lindo Wing at St. Mary’s Hospital, is the first newborn in the immediate Royal Family to be affected by changes to the line in succession.

The Succession to the Crown Act, which was introduced in 2013 but only went into effect in 2015, amended the rules surrounding succession to the British throne so it is no longer dependent on gender. This put an end to the old-fashioned system of male preference primogeniture — where princes would take precedence over their older sisters. Under the new law, males born after Oct. 28, 2011, cannot overtake their older sisters in line to the throne.

This means that the newborn boy, whose name has not yet been revealed, does not replace 2-year-old Princess Charlotte’s position as fourth in line to the throne, remaining firmly behind her in fifth place.

One person whose position has been affected by the birth of the third royal baby is Prince Harry. Prior to his safe delivery, Prince Harry was fifth in line to the throne, behind Charlotte. Now his new nephew has pushed him even further away from the crown, to sixth place.

The 2013 Succession to the Crown Act also allowed members of the Royal Family to marry a Roman Catholic and still become king or queen. This is lucky for Prince Harry, as his fiancée, the American actress and philanthropist Meghan Markle, was raised as a Catholic.

Royal baby number three arrived less than four weeks before the highly anticipated wedding of Prince Harry and Meghan Markle on May 19 at St. George’s Chapel in Windsor Castle. The ceremony will be followed by a procession through Windsor and then an evening reception in the Castle Apartments. 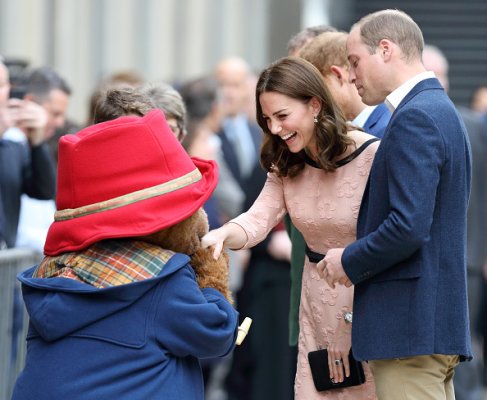 Royal Baby Number 3 Is Here and the Internet Is Already Smitten
Next Up: Editor's Pick