If authorities come knocking, two legal nonprofits are warning U.S. immigrants, “do not open the door… no matter what they say.”

The message is part of a new campaign launched Tuesday to inform immigrant communities of their rights when interacting with the Immigration and Customs Enforcement (ICE) agency, the primary federal body tasked with detecting and deporting undocumented immigrants.

The national “We Have Rights” campaign, led by the American Civil Liberties Union and the Brooklyn Defenders Services, includes animated, instructional videos based on four real-life scenarios: what to do when ICE comes to your door; when ICE is in your home; when ICE stops people in the street; and when ICE arrests someone.

“ICE has a disturbing history of crossing the line and we want immigrants to know that they are protected under the Constitution,” Natalie Montelongo, ACLU’s campaign strategist, said in a statement.

The videos warn that ICE may lie, claim to be the police investigating a crime, or show official-looking but invalid documents. But without a warrant signed by a judge, the videos say, ICE has no authority to enter or search a home.

Read more: ‘No One Is Safe.’ How Trump’s Immigration Policy Is Splitting Families Apart

“Stories like this happen every day, and are happening now more than ever,” one video says.

The campaign calls it a “critical time” for immigrants in the country to be informed of their rights.

Under the Trump Administration, which has called for a major increase in deportations, ICE’s “noncriminal” arrests doubled over the 2017 fiscal year, according to the Washington Post. 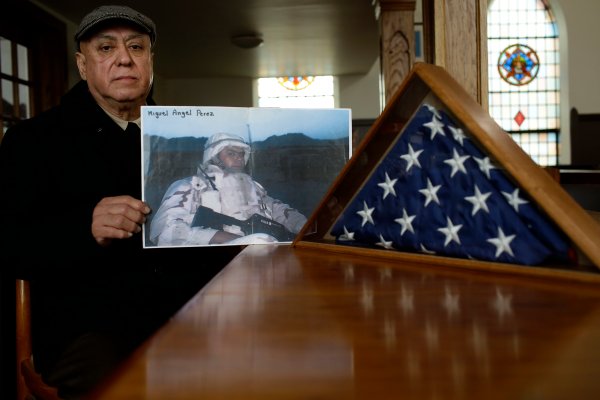 A U.S. Army Veteran Has Been Deported to Mexico
Next Up: Editor's Pick