‘Phubbing’ Is Hurting Your Relationships. Here’s What It Is

Whether you know it or not, you’ve been phubbed.

“Phubbing” — snubbing someone you’re talking to to look at a cell phone — may not be part of your everyday vocabulary, but it’s almost certainly part of your everyday life. Just think about how often a conversation stalls because your friends (or you) have pulled out a phone and descended into an Instagram black hole.

The phenomenon may seem like a relatively harmless, if annoying, part of modern life, but research is finding that it may be hurting your relationships. “Ironically, phubbing is meant to connect you, presumably, with someone through social media or texting,” says Emma Seppälä, a psychologist at Stanford and Yale universities and author of the Happiness Track. “But it actually can severely disrupt your present-moment, in-person relationships.”

Here’s what else you need to know about phubbing.

Several studies have shown that phubbing makes face-to-face interactions less meaningful. A paper just published in the Journal of Applied Social Psychology found that even people who imagined they were being phubbed while viewing a simulated conversation felt more negatively about the interaction than people who didn’t picture phubbing. Another, published in Computers in Human Behavior in 2016, found that texting during a conversation made the talk less satisfying for the people having it, compared to people who interacted without phones. A 2012 study even found that the mere presence of a cell phone during a conversation — even if no one was using it — was enough to make people feel less connected to each other.

Phubbing can hurt your mental health

In the latest study on the subject, phubbing was found to threaten four “fundamental needs” — belongingness, self-esteem, meaningful existence and control — by making phubbed people feel excluded and ostracized. That may be particularly harmful because phubbing happens all the time, the researchers say.

Other research has shown that phubbing can affect relationships. Two separate recent studies found that when spouses phub each other, they’re more likely to experience depression and lower marital satisfaction. “If your life partner is on the phone, that means that they are prioritizing something else over you in those moments of togetherness,” and that hurts, says Seppälä, who was not involved with the research.

Phubbing isn’t good for anyone

Of course, the person being snubbed is the one most hurt by phubbing. But the phubber is affected, too.

A February study found that people who used their phones while eating with friends or family said they enjoyed their meal less and felt more distracted and less engaged than those who didn’t use tech at the table. A follow-up experiment found that phone use may make face-to-face interactions away from the table less enjoyable, too.

Perhaps most important is that phubbing may be a sign of problematic technology use. Many experts consider a device habit worrisome when it begins to interfere with everyday life, and feeling compelled to text or scroll through the phone during face-to-face conversations may fit that bill.

“You might miss critical impacts of human moments that really make up what a human life is,” Seppälä says. “It’s really scary that we’re replacing that with looking down at a screen.”

But you can stop phubbing

If you’re a chronic phubber, creating and following strict technology rules, such as putting your phone away while eating dinner, can help you form new habits, Seppälä says. Other attention-based practices, like meditation and mindfulness, may also help re-train your attentional capacity.

If you’re the one being phubbed, Seppälä recommends first shifting your perspective. “Be patient and compassionate and don’t take offense, because they’re following an impulse,” she says.

Do, however, take the time to calmly explain how phubbing makes you feel, especially if the person isn’t as bothered by the behavior as you are. (Research suggests women and older adults have stronger reactions to phubbing than men and young people, Seppälä says.)

“Their goal is probably not to exclude you,” Seppälä says. “They’re looking for inclusion; that’s probably why they’re looking on their phone.” Having a meaningful conversation in real life, then, may be exactly what you both need. 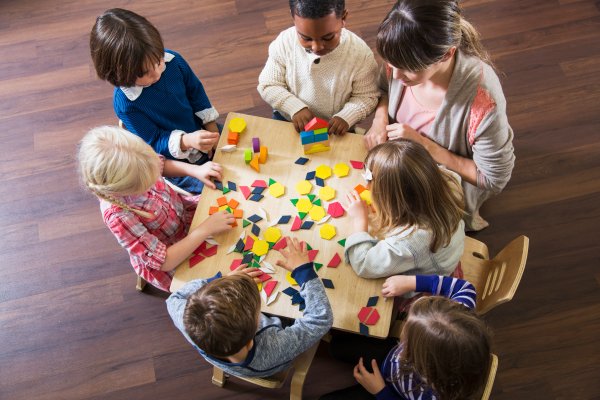 People Start Caring About Their Reputations In Kindergarten
Next Up: Editor's Pick