Adult film star Stormy Daniels sat down for a tell-all interview about her alleged affair with President Donald Trump with 60 Minutes on Sunday evening. On The Late Show, Stephen Colbert called Daniels’ interview “an insane, salacious tale about a sitting President,” but also “the least surprising story I have ever heard.”

“It all felt true,” said Colbert. “It felt truer than [Trump] getting elected.” Colbert was perhaps most delighted by the fact that Daniels’ interview earned 60 Minutes its highest ratings in a decade—even higher than when Trump himself appeared on the show after winning the election in 2016. “That’s gotta sting,” Colbert said, about the famously ratings-obsessed president.

Colbert also noted that Daniels had a unique method for making the president act more appropriately—spanking Trump with a magazine. “Hmm, a couple of spanks and Donald Trump started acting more appropriate? John Kelly, you know what to do,” joked Colbert, addressing the President’s current White House chief of staff. “It’s for your country!” 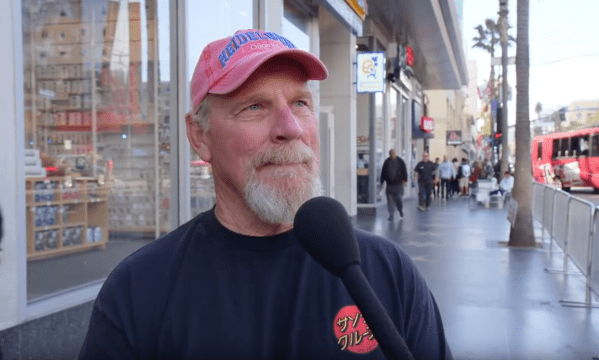 10 Times Jimmy Kimmel Found Out Interviewing People on the Street Can Be Disappointing
Next Up: Editor's Pick