Sean Penn’s appearance on The Late Show with Stephen Colbert on Monday night has gone viral, after the actor chain-smoked on air and admitted to taking a sedative before the show was taped.

The two-time Oscar winner smoked two cigarettes during his interview, while Colbert looked on in apparent bewilderment. The Milk star also admitted to taking the sedative Ambien.

“I’m doing well. You’ve inherited a little of the Ambien I had to take to get to sleep after a red-eye last night,” Penn said at the start of his interview.

“So in other words, you’re still a little bit on the Ambien train right now?” Colbert asked, to which Penn responded, “A little bit.” Colbert also suggested later in the interview that Penn should quit smoking because “those things are bad for you.”

“Please don’t smoke anymore,” Colbert said. “I don’t mind. My parents smoked when I was a child so it gives me happy memories to smell cigarette smoke, but you know we want you to be around for a long time and those things are bad for you.”

Viewers took to social media to express their shock at Penn’s behaviour and his “disheveled” appearance. “Sean Penn is looking a little disheveled while chainsmoking on colbert [sic]” one Twitter user wrote.

The actor also used his appearance to praise the Stoneman Douglas High School survivors and student activists, following the March For Our Lives event in Washington D.C. on Saturday.

“Within days of that not only are they stating their case with incredible sobriety and articulate words but in such an inclusionary way,” Penn said. “You feel like there are reasonable people who have been on the other side of this conversation who will listen to these kids.” 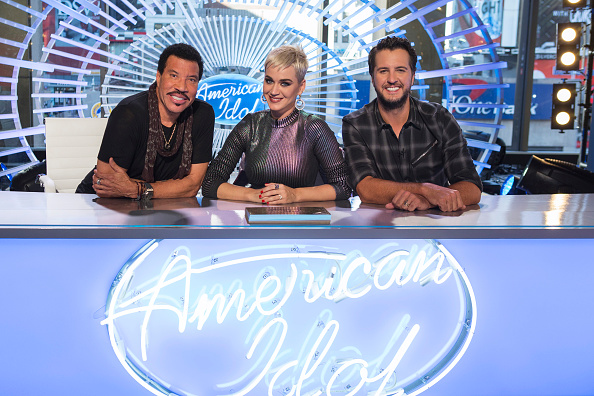 What Exactly Is Katy Perry Doing on American Idol?
Next Up: Editor's Pick