Christopher Wylie, the former employee of Cambridge Analytica who alleged that the firm had harvested data from 50 million Facebook users, told Members of Parliament in the U.K. that he believes his predecessor at the firm was poisoned in a Kenyan hotel room after a deal went wrong.

Wylie told a parliamentary select committee that he was told by the firm a few months after he began his position that the man whose job he took, Dan Muresan, had died in Kenya. Muresan was in his thirties when he died, said Wylie. Wylie emphasized that what he had heard was “pure speculation,” but that he had been told Muresan had been working on a political deal that soured, that Muresan had been poisoned, and that police had been bribed not to enter the hotel room.

Wylie is appearing before British lawmakers to testify about his role at Cambridge Analytica, which is under fire after Wylie alleged that it obtained data from millions of Facebook profiles without users knowledge in an effort to aid U.S. political campaigns, including President Donald Trump’s.

The firm tweeted Tuesday morning that anything Wylie knew about its operations was outdated, since he left in 2014. “Christopher Wylie was a part-time contractor who left in July 2014 and has no direct knowledge of our work or practices since that date,” the firm tweeted.

Cambridge Analytica has repeatedly denied wrongdoing and said it deleted the Facebook data when it learned it violated Facebook’s policies.

The revelations have led to calls from both Washington and London for new regulations on how Facebook and other firms handle user data. 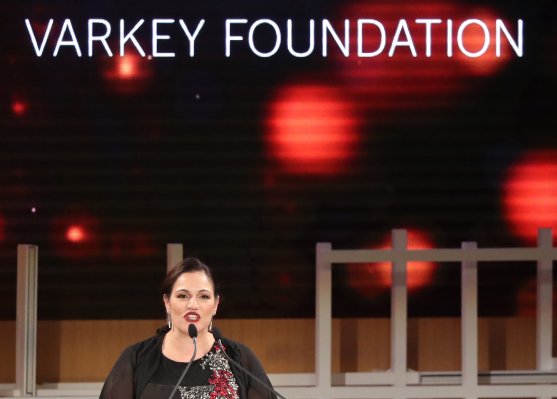 A British Woman Has Been Crowned the 'World’s Best Teacher'
Next Up: Editor's Pick