Officials investigating the Kemerovo shopping mall fire have allegedly found numerous safety code violations at the shopping complex, including blocked exits and a malfunctioning fire alarm system. Shoppers were reportedly not even warned to evacuate by the mall’s security.

As the blaze erupted along the top floors of the Winter Cherry mall on Sunday, dozens of children, some as young as five, were believed to be among those trapped in the inferno. It’s unclear how many are still missing, but unofficial lists include more than 20 children. Rescuers have struggled to recover bodies after the top floor collapsed and have said identifications may have to be done via DNA, according to Reuters.

Putin arrived on the scene fresh off of his re-election victory last week, and laid wreathes at a makeshift memorial.

“What’s happening here?” he asked. “This isn’t war, it’s not a spontaneous methane outburst. People came to relax, children. We’re talking about demography and losing so many people.”

“Why? Because of some criminal negligence, because of slovenliness. How could this ever happen?” Putin added during a meeting with officials in Kemerovo, Reuters reports.

According to a health minister, 13 people remain hospitalized.

Officials have arrested four people in connection to the tragedy, including two employees of a firm that was supposed to service the mall’s fire alarm. 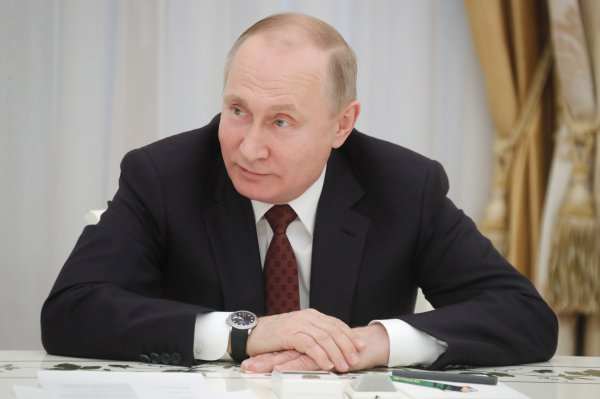 Putin Won. But Russia Is Losing
Next Up: Editor's Pick