In the wake of Facebook’s Cambridge Analytica data scandal, some high-profile companies have suspended ties with the social network amid the controversy.

Earlier this month, it was revealed that Facebook allowed a researcher from Cambridge Analytica — which worked on Donald Trump’s presidential campaign — to use data collected from 50 million users without their consent. A wave of backlash ensued, Facebook’s stock plummeted, and the Federal Trade Commission is now investigating the company. On top of this, companies are distancing themselves from Facebook despite CEO Mark Zuckerberg’s apologies and vows to safeguard users’ privacy.

Here’s a list of companies that have cut ties with Facebook in the wake of the Cambridge Analytica scandal.

In a statement last week, the maker of the popular Firefox web browser said it is “pressing pause” on its advertising campaign on Facebook.

“We are encouraged that Mark Zuckerberg has promised to improve the privacy settings and make them more protective,” the company said. “When Facebook takes stronger action in how it shares customer data, specifically strengthening its default privacy settings for third party apps, we’ll consider returning.”

“We are concerned by the recent revelations about Facebook and the exploitation of its platform,” Sonos wrote in a blog post. “The Cambridge Analytica scandal, like many recent headlines coming out of Silicon Valley, raises questions about whether Big Tech is doing enough to balance its own interests with one of its biggest responsibilities: Safeguarding your privacy.”

Additionally, Sonos said it would go dark on its Facebook and Instagram accounts for a week “in solidarity with those seeking to build a healthier, more consumer-friendly tech ecosystem.”

On Monday, auto parts and service retailer Pep Boys said it was halting its advertising on Facebook as a result of the Cambridge Analytica scandal.

“We are concerned about the issues surrounding Facebook and have decided to suspend all media on the platform until the facts are out and corrective actions have been taken,” Pep Boys chief marketing officer Danielle Porto Mohn told Reuters.

Pep Boys did not give a timeline on when it might resume advertising on Facebook — if at all.

Elon Musk made his feelings about Facebook pretty clear when he agreed to remove pages for two of his companies from the social network as part of a Twitter challenge.

While Musk hasn’t explicitly said that he deleted SpaceX and Tesla’s Facebook pages because of the Cambridge Analytica controversy, the challenge arose from a call by WhatsApp co-founder Brian Acton to delete Facebook in the wake of the scandal. (Facebook bought WhatsApp for $19 billion in 2014.)

When asked whether he would do the same for Tesla’s page, Musk responded, “Definitely. Looks lame anyway.”

Musk added that his companies weren’t suspending advertising on Facebook because they never advertised in the first place. “None of my companies buy advertising or pay famous people to fake endorse,” Musk said in a tweet. “Product lives or dies on its own merits.”

Germany’s second-largest bank, based in Frankfurt, said it would not advertise on Facebook until further notice.

“We are pausing our campaign on Facebook. Brand safety and data security are very important to us,” Commerzbank head of brand strategy Uwe Hellmann told German business newspaper Handelsblatt, according to Reuters.

The iconic magazine said it was deleting its Facebook page in a tweet on March 27 from chief creative officer Cooper Hefner.

“Facebook’s content guidelines and corporate policies continue contradicting our values. We’ve tried to craft our voice for the platform, which in our opinion continues to be sexually repressive,” Hefner said in the statement. “Learning of the recent meddling in a free U.S. election further demonstrates another concern we have of how they handle users’ data — more than 25 million of which are Playboy fans — making it clear to us that we must leave the platform.” 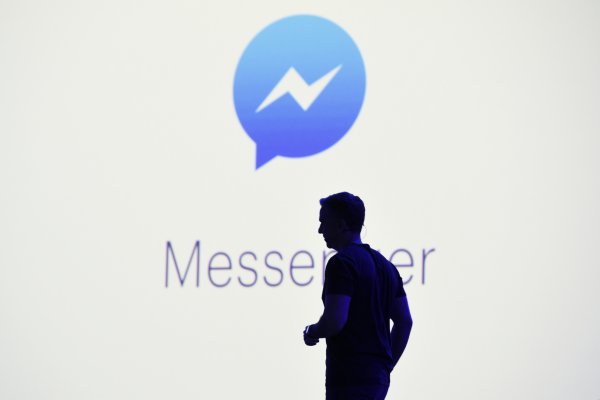 Your Facebook Feed Is About to Have Much More Local News
Next Up: Editor's Pick