Stormy Daniels’ highly anticipated interview on 60 Minutes delivered CBS the highest ratings for the show in years, with early numbers indicating that more viewers tuned in than have in about a decade.

Preliminary numbers from Nielsen show that ratings nearly doubled when compared to the week before, Deadline reports, with more than 20 million people watching. And it appears to be the highest-rated 60 Minutes episode since Barack Obama and Michelle Obama appeared on the program after his historic win in the 2008 presidential race. Ratings set to be released later on Monday will paint a fuller picture.

“A guy walked up on me and said to me, ‘Leave Trump alone. Forget the story,’” Daniels told Anderson Cooper. “And then he leaned around and looked at my daughter and said, ‘That’s a beautiful little girl. It’d be a shame if something happened to her mom.’ And then he was gone.”

The interview came on the heels of an overtime NCAA tournament game, which likely bolstered viewership further. 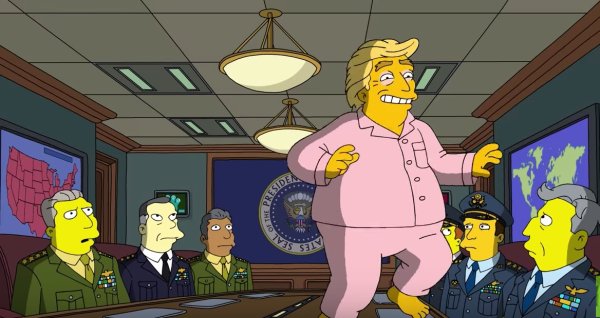 The Simpsons Give Donald Trump His Own Christmas Carol Awakening
Next Up: Editor's Pick