U.S. Army Veteran Deported to Mexico After 2 Tours in Afghanistan

U.S. Immigration and Customs Enforcement (ICE) escorted Perez, 39, across the US-Mexico border and handed him over to Mexican authorities after a felony drug charge prevented him from obtaining U.S. citizenship.

In 2010, Perez was convicted on a cocaine charge, had his green card revoked and was sentenced to 15 years in prison. After serving half his sentence, he was transferred to an immigration detention center.

Perez had lived in the U.S. legally with permanent residence status since he was 11, according to a statement released by the office of Ill. Senator Tammy Duckworth. Perez’s parents and children are citizens, it said.

“This is a deplorable way to treat a veteran who risked his life in combat for our nation,” Duckworth said.

Perez’ family and supporters had lobbied for the veteran to be able to stay in the country in return for his years of service, and asked that he receive treatment for substance abuse that he has attributed to his experiences in Afghanistan.

After his service, Perez was diagnosed at a military hospital with PTSD, as well as a possible brain injury.

ICE spokesperson Nicole Alberico told NBC that the agency has the right to exercise “prosecutorial discretion” including with members of the U.S. armed forces who do not automatically obtain citizenship. 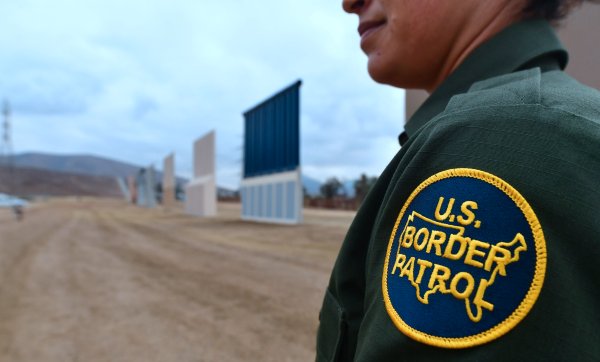 Outrage Over Video of Mother's Arrest by Border Patrol
Next Up: Editor's Pick