The former presidential candidate and current CNN commentator suggested on the network’s State of the Union show that high school students, not lawmakers, should be proactive when it comes to ending gun violence.

“How about kids, instead of looking to someone else to solve their problem, do something about maybe taking CPR classes or trying to deal with situations where there is a violent shooter?” Santorum said.

Santorum added that while he’s “proud” of the teenage activists who organized Saturday’s protests, their energy would be better spent tackling the problem at the individual level.

“They didn’t take action to say, ‘How would I, as an individual, deal with this problem? How am I going to do something about stopping bullying within my own community? What am I going to do to actually help respond to a shooter?'” Santorum said. “Those are the kinds of things where you can take it internally and say, ‘Here’s how I’m going to deal with this, here’s how I’m going to help the situation,’ instead of going and protesting and saying, ‘Oh, someone else needs to pass a law.'”

Backlash to the politician’s statements was swift and firm, with some online commenters noting that CPR likely would not be used to treat a gunshot wound anyway. 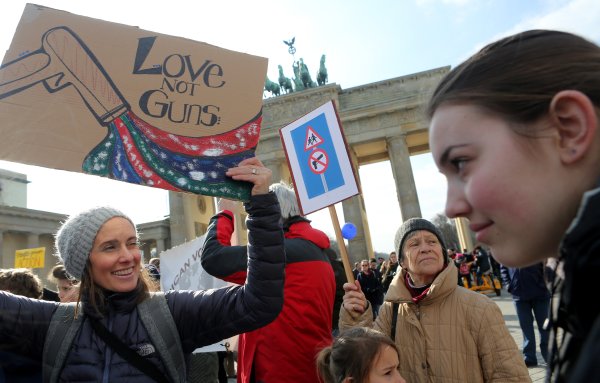 Here Are Some of the Best March For Our Lives Signs
Next Up: Editor's Pick