Naomi Wadler took the stage at a March For Our Lives events Saturday bringing attention to female African American victims of gun violence.

“I am here today to acknowledge and represent the African-American girls whose stories don’t make the front page of every national newspaper. These stories don’t lead on the evening news,” Wadler said at the Washington D.C. March for Our Lives rally.

“I represent the African-American women who are victims of gun violence, who are simply statistics, instead of vibrant, beautiful girls, full of potential.”

Wadler, 11, also helped organize a walkout at her school, George Mason Elementary School in Alexandria, Va. where she honored the 17 victims who died in the Parkland, Fla. school shooting and Courtlin Arrington, an African American teenager who was shot and killed in her Alabama high school after the Parkland shooting, by walking out for 18 minutes. 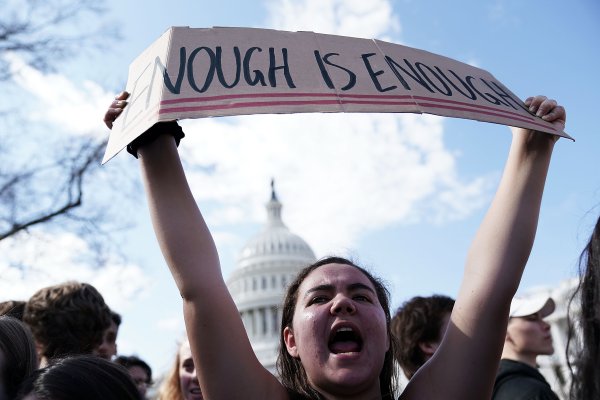 Teachers Are Using #ArmMeWith to Demand They be Armed With Supplies, Not Guns
Next Up: Editor's Pick