Kids With Autism Are Less Likely to Be Vaccinated

Doctors say that there is no scientific evidence suggesting a link between vaccines that infants and young children receive in the first few years of life and the risk of autism, but that has not stopped parents from questioning the connection — and in some cases, forgoing vaccinations for their kids.

In the latest study published in JAMA Pediatrics, researchers led by Ousseny Zerbo, from the Kaiser Permanente Vaccine Study Center, found that children diagnosed with autism are less likely to receive additional vaccines, and that their younger siblings are less likely to receive the full schedule of childhood vaccinations as well, which doctors say could put them at higher risk for the diseases that the shots protect against.

The study included more than 3,700 children with autism spectrum disorder (ASD) and more than 590,000 children without the developmental condition. Zerbo and his colleagues analyzed health records and immunization data from a database collected by the Centers for Disease Control and Prevention (CDC) and eight sites in the U.S. Autism is usually diagnosed when toddlers are around two or three years old, so Zerbo focused on the immunizations that are recommended when children are four to six years old, and 11 to 12 years old. That way they could get a better understanding of how an autism diagnosis might affect vaccination rates. They found that children diagnosed with autism were 13% less likely to be fully vaccinated after the diagnosis than children who did not have autism.

What’s more, the younger brothers and sisters of children with autism were also 4% to 14% less likely at every age to receive recommended vaccinations, compared to siblings of children not diagnosed with autism.

“I was not expecting to see this big of a difference,” says Zerbo of the results. “From this study, having lower rates of vaccination among children with autism and their siblings suggests that they might have higher risk of vaccine-preventable diseases.”

Zerbo says the study was not designed to address why vaccination rates were lower among children with autism and their siblings. But previous studies in which scientists asked parents about their views on immunizations have found that some parents whose children had been diagnosed with the developmental disorder believed that the shots given to their young children played some role in their autism.

MORE: Taking Antidepressants During Pregnancy May Not Pose a High Risk for Autism

That belief emerged after Dr. Andrew Wakefield, then at the Royal Free Hospital in London, published a paper in 1998 purporting a link between the measles, mumps and rubella (MMR) vaccine and an increased risk of developmental issues linked to autism in 12 children. Nearly all of his co-authors since retracted that interpretation of the study, the journal retracted the paper entirely in 2010 and Wakefield lost his medical license that year after investigations revealed he misrepresented the findings and failed to disclose financial interests that violated ethical codes of conduct.

But the idea that vaccines might contribute to autism continues to impact immunization rates, as Zerbo’s paper suggests. The CDC reported in 2017 that 70% of the cases of measles recorded by the agency from 2001 to 2015 occurred among people who were not vaccinated against the disease. Controlling infectious diseases like measles requires what doctors call a herd effect: the more people who are immunized, the less chance a disease-causing microbe has to find a host. But if people are not vaccinated, then the virus or pathogen has easy targets to start an infection, which can spread quickly among people who are unvaccinated. That’s a particular problem for those who can’t be immunized, including infants under six months old, and people with compromised immune systems.

Zerbo says that one way to address the lingering concerns among parents is to improve communication and education between doctors and families. He is hoping to follow up on the study to delve deeper into the reasons why parents of children with autism decided to reduce their children’s vaccination. “We are hoping to understand more what is driving these differences,” he says. 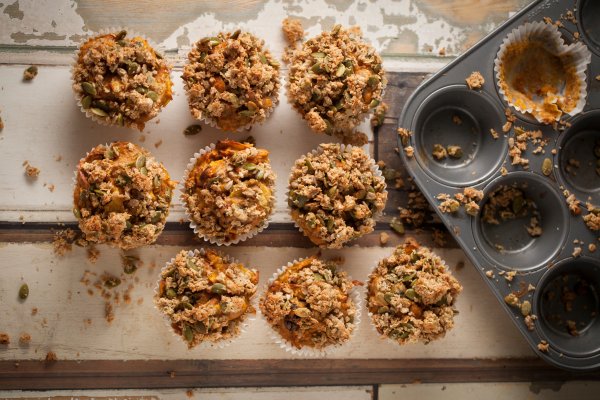