A major Republican donor fed up with congressional inaction has launched a gun control advocacy group with support from both Republican congressmen and other donors and fundraisers to persuade Congress to pass comprehensive gun control reform.

Called Americans for Gun Safety Now, the group is spearheaded by Ambassador Al Hoffman Jr., a Florida estate real developer and GOP donor who served as Ambassador to Portugal under George W. Bush.

Hoffman made headlines in the aftermath of the shooting at Marjory Stoneman Douglas High School in Parkland, Florida – an area where he has personal and professional ties – when he said he would refrain from donating to politicians who do not back a ban on assault weapons.

The group has devised a six-point plan for comprehensive gun legislation, which is outlined in an ad it ran in the Wall Street Journal Saturday, urging Congress to pass it as soon as possible. The plan includes expanding background checks, raising the age limit for all gun purchases to 21, eliminating bump stocks, and limiting high capacity magazines, while explicitly retaining support for Second Amendment rights.

“The federal government better pass legislation that is readily available right now …. and get it done now, before November,” Hoffman told TIME in his first interview since launching the group. “If they don’t do this, my guess is that they will lose big in November.”

The details of the group were first reported by TIME earlier this month, but Hoffman officially launched the group Saturday, to coincide with the March For Our Lives demonstration in Washington D.C., which he is attending.

The group has 21 supporters, according to the advertisement that ran in the Journal Saturday, which describes them as “a committed group of people representing a wide variety of stakeholders. They include Fred Guttenberg, whose 14-year-old daughter Jaime was killed in the shooting; Republican Congressmen Carlos Curbelo and Brian Mast, who authored a New York Times op-ed last month supporting a ban on assault weapons; and Dennis Blair, who served as Director of National Intelligence from 2009 to 2010. In addition to Hoffman, Other prominent Republican donors who are supporting the initiative include Cathy Bailey, Mel Sembler, and Howard Leach, all of whom, like Hoffman, served as Ambassadors under George W. Bush, as well as billionaire Norman Braman and retired professional golfer Jack Nicklaus. Hoffman said the group has been established as a 501c4 organization, a non-profit group that does not have to disclose its donors. Presumably, this could provide cover for other Republicans who want to contribute to the group but don’t want to disclose that they have done so.

In total, those supporting the initiative have donated at least $600,000 alone to Republican candidates and committees in the 2017-2018 election cycle. Hoffman said the next step is using this influence to personally lobby the leaders of Congress, like Senate Majority Leader Mitch McConnell, House Speaker Paul Ryan, and House Majority Leader Kevin McCarthy, along with Sens. Rob Portman of Ohio, Lindsey Graham of South Carolina, and Rand Paul of Kentucky.

“What [this group] intends to do is show those who are not on the right side of the movement, that maybe you’re fearful of the money from the NRA, then get on the right side of this movement. But there’s a movement elsewhere that can help. That those who stay on the wrong side of this movement they’re [going to] lose their traditional donor money,” Guttenberg said in an interview with TIME. He was introduced to Hoffman through a mutual friend a week after his daughter was killed in the Parkland shooting, and the two are attending the March For Our Lives demonstration together in Washington D.C. “He is a man who no one ever would have expected this from which is what I think makes it so powerful,” said Guttenberg.

But Hoffman has already said his efforts to get more lawmakers to sign on as supporters of this group were fruitless, a hint at the difficulties he will nearly inevitably encounter in getting Congress to act. “We’re in deep limbo with a number of congressmen and Senators right now, but we’ve got to kick them in the butt and get it going on this. For our own sake,” Hoffman said. “I’m going to encourage anyone whose involved with giving money to any member of the Republican party not to give money to these candidates that will not endorse this plan,” he said.

And convincing Congress to pass comprehensive gun safety legislation may seem like a breeze compared to the ultimate objective of the group: implementing a complete ban on assault weapons which is what Hoffman originally said was his red line for supporting candidates and lawmakers following the Parkland shooting. But Hoffman says the group will conduct polling and hold focus groups to gather evidence which he says will hopefully show Congress a majority of Americans support such a ban.

Overall, Hoffman does not seem oblivious to the mountainous challenges that lie ahead of this group, despite the influence some of the supporters hold within the Republican party. There are, for instance, numerous other donors who could fill candidate’s campaign coiffures without mandating But he says he still holds out hope something can be done.

“I believe we can ultimately [succeed] and we will succeed. It’s just going to take a long time,” he said. “But you know, this is my swan song, and I’m going to give it everything I’ve got.” 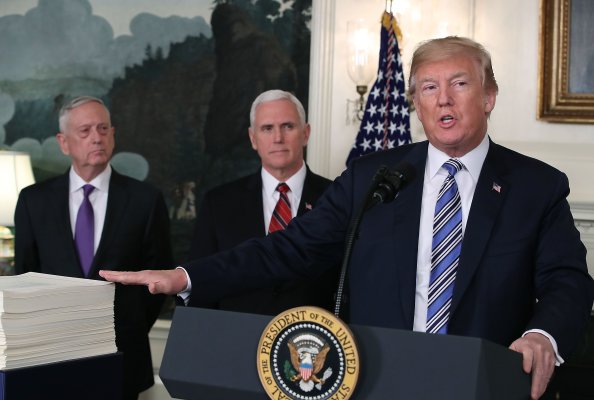