Just when you thought you had absorbed every lesson The Office has to offer, it turns out that Michael Scott still has more to teach us. Thanks to a video compiled by YouTube user MrBroks00, it has become clear that Michael is the leading authority on Kanye’s music.

The montage uses various clips from The Office‘s nine seasons to describe all seven of Ye’s albums, from Late Registration to My Beautiful Dark Twisted Fantasy to The Life of Pablo. The hilarious video begins with the season four scene in which Michael attempts to hop a train to escape his debt, paralleling the themes of College Dropout.

“What am I doing? I’m blowing dodge,” he says. “I’m getting out of town. Whatever you call it, I’m running away from my responsibilities. It feels good.” 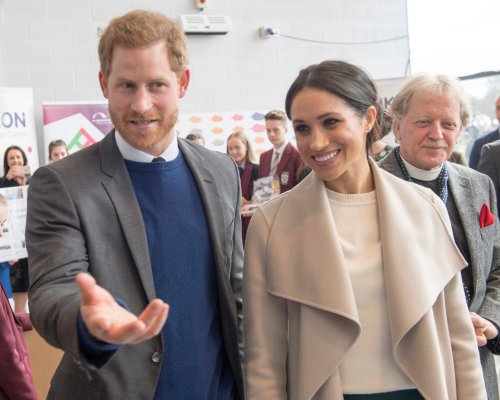 Meghan Markle's Latest Look Is Brought to You By a Spice Girl
Next Up: Editor's Pick