According to state media, people died by suffocation or by trying to jump from the flames.

Hundreds of people reportedly fled the inferno at Carina Plaza, home to more than 700 families, in the nation’s southern commercial hub of Ho Chi Minh City. Firefighters rushed to the scene shortly after 1:15 a.m.

Officials said two boys, ages three and five, were among those who died in the fire. A woman and her son also reportedly fell to their deaths from the 19th floor. At least 28 people have been reported injured.

The cause of the fire has yet to be determined, but officials claimed the building, erected in 2009, had undergone routine fire inspections. 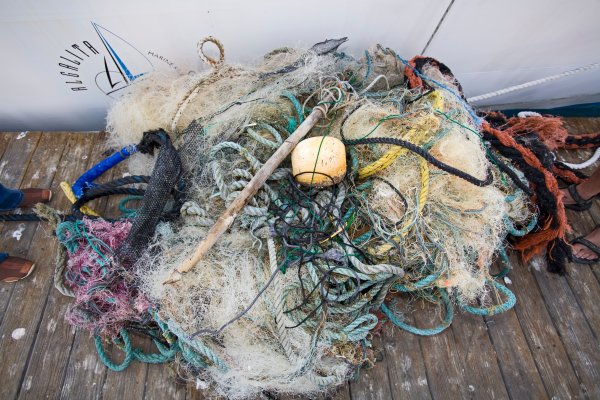 Plastic Waste in the Pacific Is Growing 'Exponentially'
Next Up: Editor's Pick