President Donald Trump’s pick for his new national security advisor has ties to Cambridge Analytica, the voter-profiling firm currently facing criticism for its use of improperly obtained Facebook data.

A super PAC run by former U.N. Ambassador John Bolton has paid Cambridge Analytica more than $1.1 million since 2014 for research, according to a Center for Public Integrity review of campaign finance records. The firm also worked for Texas Sen. Ted Cruz and Trump in the 2016 elections.

Since it was started in 2014, the John Bolton Super PAC has spent millions on independent expenditures for Republican candidates such as Arkansas Sen. Tom Cotton and against Democrats such as New Hampshire Sen. Maggie Hassan. A recent press release stated it hoped to increase that spending in 2018.

The super PAC was also among the first clients for Cambridge Analytica, which was suspended by Facebook this week for its handling of data. According to a report in the New York Times and the Observer of London, the firm culled personal data from more than 50 million Facebook users without their permission.

The report and a hidden video from a British news channel which showed the firm’s CEO discussing using bribes and entrapment against public officials have led to major criticism. Facebook suspended the firm this week, and special counsel Robert Mueller is reportedly interested in the firm’s activities, according to ABC News.

Bolton’s connection to Cambridge Analytica may have come through Robert Mercer, a billionaire conservative donor who is a major investor in the firm as well as the largest donor to the John Bolton Super PAC.

But Bolton will probably not face questions on Capitol Hill anytime soon about his ties, as the position of national security advisor does not require Senate confirmation.

Neither Bolton, the White House nor the National Security Council responded to requests for comment on the connection with Cambridge Analytica Thursday evening. 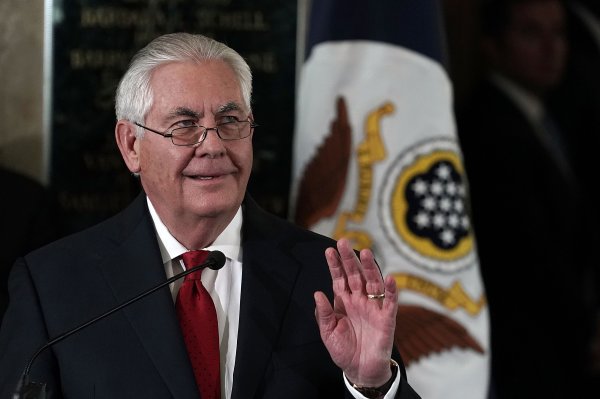 Tillerson Says Goodbye to 'Mean-Spirited Town'
Next Up: Editor's Pick