Comedian Aparna Nancherla Is Everywhere Right Now. And She's Finding the Humor in Her Anxiety

The Winter Olympics may have come to a close in February, but Aparna Nancherla is just getting her game face on now. In the comedian’s latest special, an episode of The Standups on Netflix, she muses about how the current political climate has finally brought the rest of the country up to speed with how she feels all the time. “If you’re an anxious person it’s kind of like, ‘Well, you know, this is what we trained for,'” she quips. “This is our Olympics.”

The Standups, which debuted its second season earlier this month, is just one of the many venues in which audiences can glimpse the up-and-coming comedian these days. Nancherla has worked as a stand-up comic for more than a decade, establishing herself in the clubs of Washington D.C., Los Angeles and New York City. But lately, she’s finding bigger audiences. She just finished up her first season as a series regular on Comedy Central’s Corporate and is getting material together ahead of a cross-country tour this fall, preparing for an upcoming movie and popping up on shows like High Maintenance and Master of None. Her turn on the latest season of BoJack Horseman as the sad teen horse Hollyhock anchored the heartbreaking show in hope.

Nancherla’s irreverent observations about dealing with anxiety and depression have always infused her stand-up comedy. While mental health wasn’t really something she discussed with her family while growing up as the daughter of Indian immigrants, having to manage anxiety and depression starting in her twenties forced them to deal with it head on.

Among many Indian and other Asian American families, the topic of mental health is taboo. The American Psychological Association has found that Asian Americans are three times less likely to seek out treatment for mental health issues than white people. But Nancherla says putting the problems at the forefront has “normalized” the subject for her family, which is essential in making people feel comfortable in reaching out for help.

“Now, it’s more of an open conversation in our household in a way that it maybe might not be in other South Asian households,” she says, noting that the family talks about these subjects frequently. “Sometimes I wonder if my dad feels left out, because I don’t think he deals with it in a direct way.”

Performing comedy and acting on TV has put to use Nancherla’s ability to create her own worlds and then share them with others — a result of having an introverted personality and constantly managing the ebbs and flows of anxiety and depression. She approaches her roles with the understanding that all individuals, at some point, feel like outsiders.

“I often have seen the world that way, as an introvert or someone who was pretty sheltered as a kid, as always kind of being on the outside looking in,” she says. “Even when characters are outsiders or misunderstood, there is some vein that you can access of how they fit into the rest of the world or how they might think they have something unique to add to it. That’s where I start with most characters.”

In Corporate, which has been renewed for a second season, Nancherla plays Grace, a human resources representative at a soul-sucking operation called Hampton DeVille. Grace is the one ally to protagonists Jake and Matt (Jake Weisman and Matt Ingebretson) as they navigate corporate hell, just trying to “get through the day in an evil system.” The role has opened her eyes to the ways in which HR departments can be a part of a company’s wrongdoings, especially in light of the #MeToo movement, as a growing number of people speak out about abuse in the workplace.

“HR, on a superficial level, is supposed to symbolize where you can go if you’re having trouble or need to report a complaint,” she says. “But Corporate shows how much it can be as complicit in the system of just checking off the boxes, like, ‘OK, you registered your complaint. Now get back to work,’ without doing anything.”

The show has a nihilistic bent that is freeing for Nancherla in the way it names the “extreme of how hopeless things can feel sometimes.” As a depressive, it’s better to decide to exist in spite of having problems, she says. “It’s kinda nice to be like, ‘Actually, everything is pretty bad.’”

A bit of darkness will serve Nancherla well as she co-stars in Paul Feig’s upcoming psychological thriller A Simple Favor, playing one of three mothers who serve as a sort of Greek chorus. Appearing in a suspenseful film is less of a step away from comedy than it is exploring the parallels it holds with the horror genre, she says.

“There’s a buildup and then this release. It’s obviously not the same emotion, but it’s playing with you in a similar way, with this twist or a surprise for the audience,” she says.

As Nancherla focuses on branching out into suspense and building on her comedy, she’s trying to pull some focus away from harmful distractions. Since daily news updates often contribute to her feelings of anxiety, she has been putting more effort into staying off platforms like Twitter. While her jokes and a growing number of political statements still fill her feed, Nancherla wants to avoid the trap of scrolling aimlessly to save her mental health — and maybe talk more to people out loud.

“Past a certain point, you kind of go into zombie mode and you’re not really even aware of what you’re checking and it doesn’t feel useful or informative. It just feels like autopilot,” she says. “I’ve been trying to take breaks from it and have, like, real-life interactions with people and not just be in this void.” 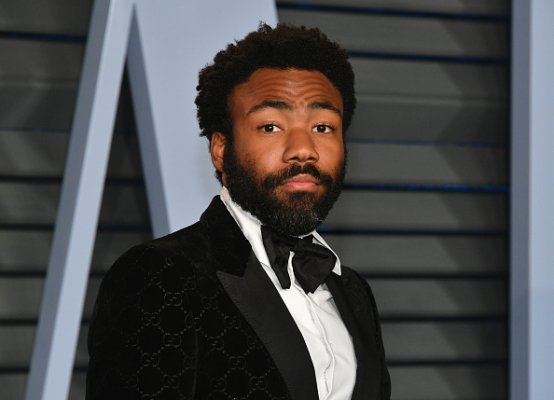