Emissions of the primary pollutant that causes climate change increased to a record high in 2017 after three years of flatlining, according to a new report from the International Energy Agency.

Renewable deployment grew faster than other fuel, but the rapid investment in generation from clean energy sources like wind and solar was not enough to meet the massive demand that resulted from rapid global economic growth. Instead, energy users turned to fossil fuels to meet 70% of new demand.

Fatih Birol, who heads the IEA, said in a press release that the findings signal that current measure to fight climate change remain “far from sufficient.” The IEA projected earlier this month that oil demand will continue to grow in the coming years even as countries continue to push emissions reductions and energy efficiency policies.

Developed countries such as the U.S. have proven in recent years that economic growth can continue without increasing carbon emissions — refuting a critique long floated by opponents of renewable energy. But developing countries such as India have yet to round the same corner even as they commit to clean energy investments.

The chances of meeting that goal have dimmed significantly since countries agreed to the global deal in 2015. President Trump has vowed to remove the U.S. from the Paris Agreement while other countries have lagged on their efforts to meet their commitments under the deal.

“We are far from the 1.5 degrees if we look at the commitments that have been put on the table,” Patricia Espinosa, executive secretary of the United Nations Framework Convention on Climate Change (UNFCCC), told TIME earlier this month. But “there is a lot happening, a lot more than anticipated.” 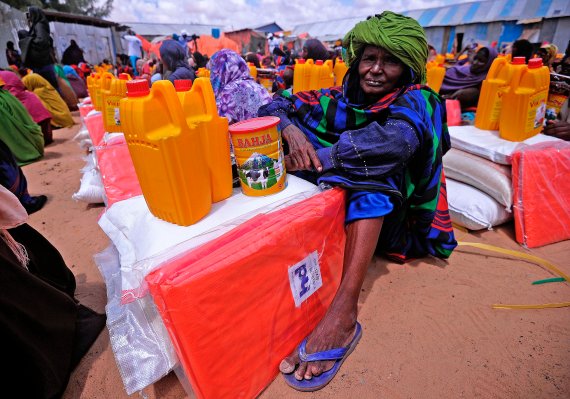 143 Million Could Be Displaced by Climate Change: Report
Next Up: Editor's Pick